Foldable iPhone: What to Expect from Apple's Future Cell Phone 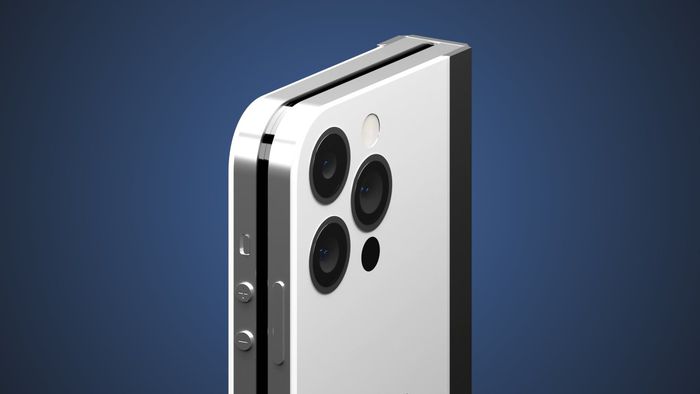 With the growth of foldable smartphones, an Apple device with these characteristics is awaited by the market and technology fans. Thus, the “iPhone Foldable” already circulates among the most anticipated releases for the coming years.

Some patents have already confirmed that Apple is working on a device with a foldable concept. However, the Cupertino company never revealed official details about the product's development.

Based on records from official bodies and industry rumors, we've separated what we can expect from the foldable iPhone. As well as when the device should hit the market.

The format Apple will adopt for the foldable device is one of the first mysteries. In late 2020, rumors pointed out that the manufacturer would be developing prototypes with two different designs .

One of the patents showed a Fold-style dual-screen model , like the Samsung Galaxy Z Fold 3 . However, the brand would be willing to launch a durable device with a Flip look , similar to the Galaxy Z Flip 3 .

Still in 2020, leaker Jon Prosser suggested that Apple's device would not be a foldable single-screen folding device. In this case, the manufacturer could launch a cell phone with two panels separated by a hinge , as Microsoft does with the Surface Duo

Although the displays were independent, everything would work as a continuous screen when opening the device. This would be the solution found to avoid creases and other problems of bending flexible panels.

Possible dimensions and screens of the foldable iPhone

Famous Apple analyst Ming-Chi Kuo has cited in some reports that the foldable iPhone could have an 8-inch internal screen . An indication that the device would have a format similar to the Galaxy Z Fold 3 , whose display is 7.6 inches.

Regardless of the fold or flip format, industry sources have reported that Apple is closely following the evolution of flexible OLED displays. For more, the company would have already started negotiations with LG Display and Samsung Display .

Recent information revealed that the Cupertino company would be working on and testing various prototype models with folding screens. Supposedly, these devices would have samples of panels sent by the two South Korean companies.

On the other hand, previous reports pointed out that Apple would have already chosen to use a 7.5-inch flexible OLED screen from LG Display . Something that would maintain an acceptable size for a foldable device that aims to be a compact tablet when opened.

Expected to hit the market in 2024, the foldable iPhone could launch with an updated version of Apple's proprietary M1 chip. Since its launch in 2020, the processor has received a lot of praise regarding its mobile performance .

Regarding cameras, Apple is expected to risk more and add sensors equivalent to the Pro Max versions of the iPhone . That's because, in general, folding devices usually deliver average cameras.

If the brand opts for a Fold version, the integration between iOS and iPadOS operating systems is one of the expected features. In this way, users could have the multitasking capabilities of the iPad that are not available on current iPhones.

Featuring a larger screen, the foldable version of the iPhone may also support Apple Pencil . Looking at the competition, Samsung offers a similar feature for Galaxy Z Fold 3 owners.

Since the first rumors of the foldable iPhone in 2016 , the foldable device industry has taken a huge leap forward. Today, Samsung, Xiaomi , Huawei and Honor are brands with fold and flip smartphone lines with advanced technologies.

In addition, the supposed Pixel Fold developed by Google may increase competition within this market. With that, Apple would enter a "territory" full of big rivals, which should increase even more in the next two years.

While Apple helps create trends and turn them into the industry standard, analysts reveal that the company has certain concerns about the foldables sector. For this reason, the brand still carefully analyzes the market and competitors.

According to the information, Apple does not want the product to be a “regression” of the current iPhone format and proposal. As well, the company intends to work with technologies that will progress in the long term.

When will the foldable iPhone be released?

In September 2021, analyst Ming-Chi Kuo stated that the foldable iPhone will not hit the market until 2024 . Mark Gurman, a journalist at Bloomberg, also bets that the device is about two to three years away from its debut.

Despite mistrust in the market, Apple could order the production of 15 to 20 million units of the model in the first year alone. In addition, rumors point out that the device would become a replacement for the iPad Mini.

Anyway, following the price pattern of Apple and other models in the category, the devices should reach stores for values easily above US$ 1,000. Something that can be a barrier for some consumers, but not for fans of the brand.

What are your expectations for the foldable iPhone? Don't forget to share this content with others who are waiting for Apple's “next big thing”.