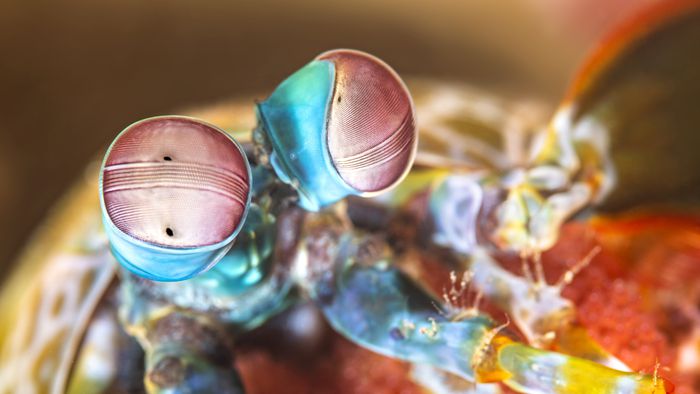 The animal kingdom can win looks of admiration or of estrangement, sometimes simultaneously. There are animals with bizarre eyes that see the world in an unimaginable way, and that are capable of awakening this mixture of feelings. Check out some of them:

The fish ( Anableps anableps ) is one of the animals that stand out for an unusual vision: the scientific community has even nicknamed the species the "four-eyed fish", because its eyes are perfectly adapted to observe both under the water and on the surface. This fish is usually found in South America, in rivers, lagoons and mangroves.

In addition to the unusual habit of feeding on other insects, the dragonfly also attracts attention because of the sharp vision provided by the composition of its eyes. A curiosity is that this insect is capable of assimilating a wide variety of colors . A study published in the scientific journal Proceedings of the National Academy of Sciences even analyzed 12 species of dragonflies and concluded that they have 11 to 30 light-sensitive proteins in their eyes.

Have you ever heard of choco? It is a cephalopod mollusc (from the same class of octopus and squid) that usually lives in really deep waters. And a very particular feature of this species is its pupil in the shape of the letter "W". Such an eccentric shape makes it possible to balance a vertically irregular field of light. Unlike other cephalopods, cuttlefish eyes can rotate, allowing them to see the world in a sort of "3D" way.

Typically, spiders have eight eyes, but they have really limited vision. This does not apply, however, to the jumping spider ( Phidippus audax ), which can see almost 360 degrees around it with its eight eyes, the other pairs being behind its head. In practice, the animal uses the large, primary eyes at the front of the head to see details and the small, secondary eyes to see movements.

The most complex eyes in the animal kingdom belong to the clown mantis shrimp ( Odontodactylus scyllarus ), which lives in burrows in rocks and on the seafloor. It turns out that, while humans have two types of photoreceptors (one for black and white vision and the other for color vision), this marine crustacean has 16, which allows it to distinguish colors invisible to many other animals, from ultraviolet to infrared.