When How I Met Your Father debuts 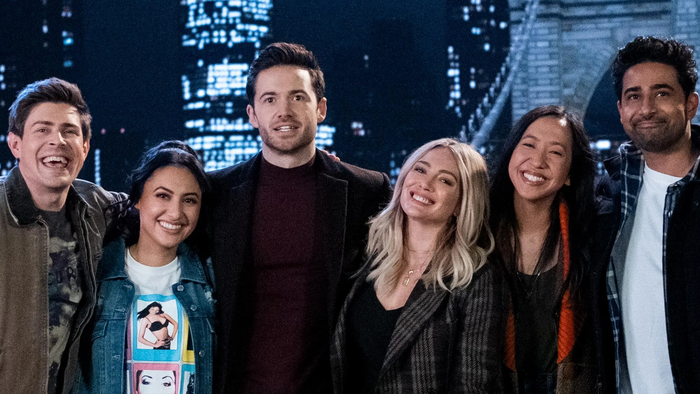 One of the most beloved romantic comedy series is about to share its first spin-off with the world: it's How I Met Your Father , set in the same universe as How I Met Your Mother . Starring Hilary Duff, the show will serve as a "female version" of the story, in which protagonist Sophie (played by Kim Cattrall when she is older) will tell her children all the details of how she met their father.

Despite the change of protagonists, HIMYF promises to keep the same essence of the original show: a group of young friends exploring the effervescent city of New York in a plot full of romance, comedy and adult problems. However, the series will take a slightly more modern approach, because we are now in an era where dating apps, social networks and technology, in general, have reached new heights.

Check out the synopsis of the show, released by Hulu:

In the near future, Sophie is telling her son the story of how she met his father: a story that takes us back to the present, where Sophie and her band of close-knit friends are in the midst of discovering who they are, what they want to get out of life and how to fall in love in the age of dating apps and limitless options.

Filming began on August 17th and the cast shared very little behind the scenes, but now we finally have a release date for the spin-off of this beloved series.

How I Met Your Mother: release date

On Hulu, a foreign streaming platform, the series has a premiere date scheduled for January 18, 2021, with probably weekly episodes. In Brazil, there is still no release date for the show, but it is believed that How I Met Your Father should arrive in the country through Star+ already with the complete series since many Hulu content arrives in the country through the streaming platform.

the original series, How I Met Your Mother , is available in the catalogs of Globoplay , Star+ and Prime Video .