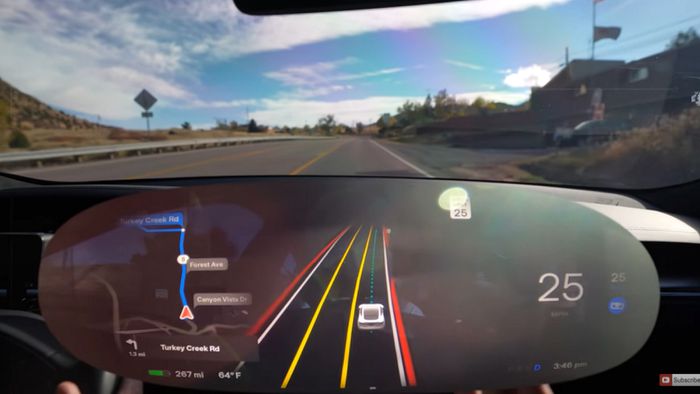 A few days away from implementing the US$ 2,000 increase (about R$ 11,000, at the current rate) to the Full Self-Driving (FSD) package of the Autopilot of its cars, Tesla announced a novelty for version 10.3 of the software: the assertive driving mode.

From now on, the driver who has the most up-to-date package will be able to choose how the car will respond in certain situations. The modes made available by Tesla for the FSD are called Chill, Average and Assertive (Calm, Medium or Assertive, in Portuguese).

According to Tesla, the name of each mode indicates the respective driving style, but in practice, the difference between them with the driver in charge would be practically imperceptible. The change is due to the Auto-Pilot.

The brand defined each mode as follows:

In an interview with the BBC, an expert on the subject said that “it can sometimes be safer for an automated system to be more assertive, like a human driver, rather than being overly cautious.”

A YouTube channel wasted no time and took to the streets to test the three new driving modes available for the brand's Full Self-Driving package.

According to DÆrik's people, several interesting situations were faced, such as the presence of cyclists on both sides of the avenue, but Tesla's FSD "faced the situation like a champion".