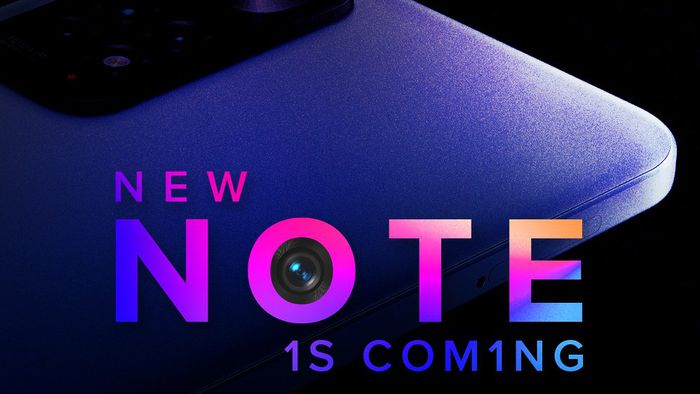 The look of the Redmi Note 11S was leaked on the internet just a day after Xiaomi published a mysterious teaser of the new phone in India. The high definition rendering of the device was released by Xiaomiui this Friday (14).

With small adjustments, the Redmi Note 11S brings several aspects that are reminiscent of other Xiaomi phones. For example, the display with slightly thicker edges and central hole cutout for the front camera recalls the Redmi Note 11 Pro sold in China.

On the back, the phone features a camera module with four sensors and an LED flash. This design was previously used on the Xiaomi Mi 10T , in celebration of the Chinese manufacturer's 10th anniversary.

Accompanying the teaser revealed by Xiaomi in India, the rendering shows the purple variant of the Redmi Note 11S. However, it is possible that the device will be launched with other color options.

According to Xiaomiu, the version of the Redmi Note 11S that will be launched in India goes by the codename “miel” and has the serial number K7S. With this, the device has a quad camera on the back.

According to Mi Code data , the model has the 108 MP Samsung ISOCELL HM2 sensor as its main camera. An 8MP ultrawide sensor (Sony IMX355) and a 2MP macro unit (Omnivision OV2A) were also commented on, with a further 2MP sensor for depth data likely to complete the set.

Previous leaks suggest that the Redmi Note 11S will use a MediaTek chipset with 5G and will have options of up to 8GB of RAM and up to 128GB of internal storage. The phone can still have a 6.43-inch display with a 90 Hz refresh rate and a 5,000 mAh battery.

According to information from Mi Code, the Redmi Note 11S will be launched in the global and Asian market in the first quarter of 2022. Passing internal tests in European and Asian countries, the device should be officially announced in February.

It is worth mentioning that Poco M4 Pro 4G should also be released in global and Asian versions in the same period. However, the device should present a different look and more affordable prices .