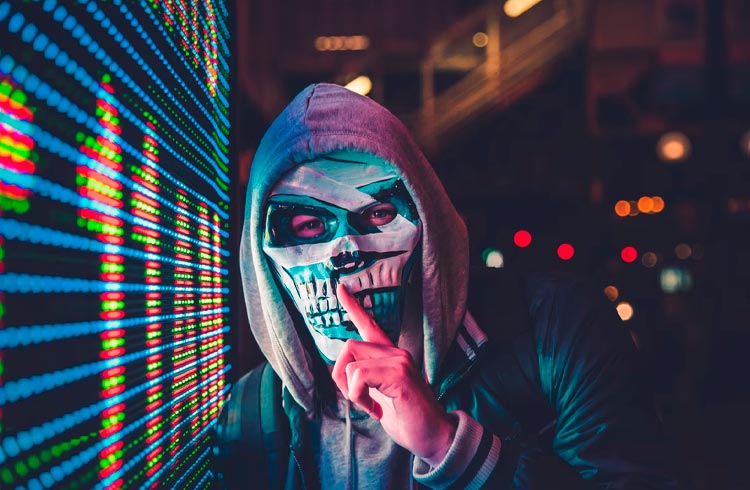 The rise of cryptocurrencies also brings with it many challenges, particularly with regard to cybersecurity. After all, rising prices attract the attention of malicious actors.

In 2021, for example, North Korean hackers stole $400 million worth of cryptocurrencies, according to a report by Chainalysis. There were at least seven attacks on cryptocurrency platforms in the past year. 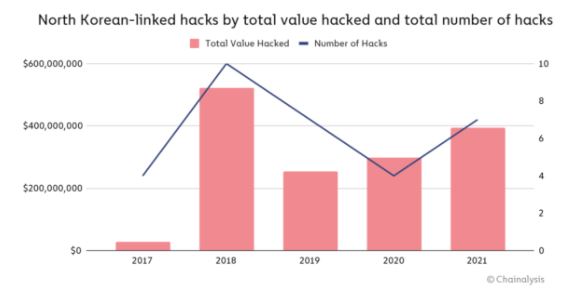 Ethereum was the most stolen cryptocurrency

Also according to the Chainalysis report, in terms of dollar value, Bitcoin now accounts for less than a quarter of stolen cryptocurrencies.

According to the data platform, the attacks mainly targeted investment firms and centralized exchanges.

Then cybercriminals begin a careful process of laundering the illicitly obtained funds and withdrawing them.

“These complex tactics and techniques have led many security researchers to characterize the Democratic People's Republic of Korea (DPRK) cyber actors as advanced persistent threats (APTs). This is especially true for APT 38, also known as the “Lazarus Group”, which is led by the DPRK's main intelligence agency, the US and UN-sanctioned Reconnaissance General Bureau.

As reported by Chainalysis, the Lazarus Group gained notoriety with its Sony Pictures and WannaCry cyberattacks. But since 2018, the group has focused on cryptocurrencies, something immensely more profitable.

One of the most prominent attacks was that of KuCoin, a Singapore-based exchange. As reported by CriptoFácil, the attack took place in September 2020 and the hackers drained more than $150 million.

According to the UN security council, the revenue generated by these hacks is intended to support North Korea's weapons of mass destruction and ballistic missile programs.