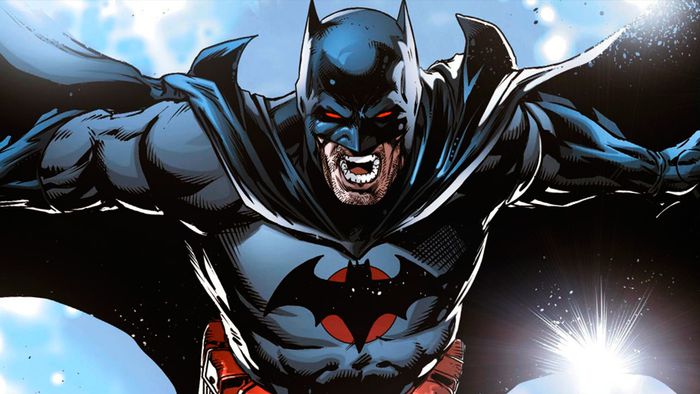 Flashpoint is a series that, in addition to explaining the 2011 DC reboot , also introduced a fan-favorite character: Thomas Wayne, the Batman from another timeline who was much more brutal than his son. And although the anti-hero has appeared in several magazines after the important miniseries, it is only now, 11 years later, that he will star in a title of his own – which at the same time will be a continuation of the event in which he was presented.

Thomas assumed the identity after seeing his son, Bruce Wayne , murdered in Crime Alley. Martha, his wife, has become that timeline's version of the Joker, and the millionaire, while fighting crime, has become an even darker version of Batman. The character soon became a fan favorite, and DC in recent years has been using him in many different ways — from the main Batman villain to as a confidant to a Superman from a parallel universe.

And in 2022 he will continue in the DC comics, being a central part of Flashpoint Beyond , a sequel to Flashpoint, which will be written by Geoff Johns, the same author responsible for the original event, and will feature drawings by Eduardo Risso.

The series will pick up right after the end of Flashpoint , with Thomas not understanding why he is still alive if the consequence of Barry Allen going back to the past was the end of his reality. Determined to solve this mystery, Batman sets out in search of answers, which will lead him to encounters with other alternate versions of DC's heroes.

“While this miniseries is an event, it will focus more on characters than major events — Thomas Wayne's Batman, an alternate version of Barry Allen, and the crimes committed by Bruce Wayne in that universe. Overall, Flashpoint Beyond will be a story of mysteries, secrets and heroes facing the past, present and future of DC Comics,” says Johns of the new series.