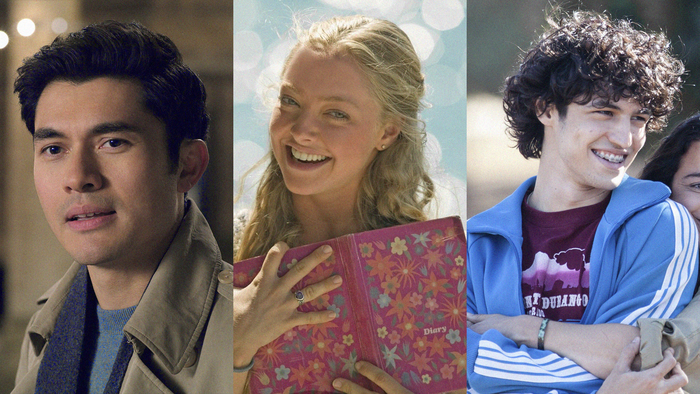 There are musical films, there are biographies of great legends, there are documentaries and even shows that have already been shown on the big screen — and there are also feature films based on melodies. From classic English songs to popular hits, the sky is the limit when it comes to adapting the verses of a sound composition for the cinema.

With that in mind, A Market Analysis has listed seven films based on songs you should watch: both those that quote rock classics, Christmas songs, and even Brazil, with feature films inspired by melodies that marked the national culture. Check out:

Well, as its name suggests, Yesterday is a movie based on the Beatles song — in fact, the Beatles discography. That's because here we know the story of Jack Malik, a singer-songwriter who, after suffering an accident, wakes up in a reality in which several things we know today never existed, among them the Beatles. He, however, is the only one who remembers the existence of the English band and its repertoire, and uses them to be successful as a performer (but in the eyes of everyone as a creator).

Yesterday is available on Netflix .

6. A Second Chance to Love

Despite the Portuguese name being A Second Chance for Love , this feature film by Paul Feig is originally called Last Christmas , exactly like the group's Christmas hit. Wham!. It's a romantic Christmas comedy, as our escapist moments look for: Kate, a woman who lives in London and works as an elf in a festive shop all year, one day meets Tom, a friendly and hard-to-find young man. What she didn't expect, however, is that the simple presence of Tom in her life would help her get her life back on track, improving her relationships with her family, her job and her friends.

A Second Chance to Love is available on Prime Video .

This Dale Launer film starring Sandra Bullock and Tate Donovan was directly inspired by the song Love Potion No. 9 , originally performed by The Clovers and a real hit from the late 1950s. Here we meet the scientist duo Paul Matthews and Diane Farrow , who despite being very talented in their professions, are not so lucky in love. One day, Paul's friends take him to read about his life in a gypsy woman, who prepares him a potion that makes people of the opposite sex instantly fall in love with whoever drinks it.

Love Potion #9 is not available on streaming.

Like Yesterday , The Music of My Life is based on the entire Bruce Springsteen discography. Ideal for fans of coming of an age films, here we follow the story of the young Pakistani Javed, who was born in England after his parents migrated to the country. Having his social life quite restricted by his father, he feels cornered to do activities such as going to parties or meeting girls, so he ends up having a routine summarized in going to school and coming home. One day, a classmate gives him two cassette tapes of Bruce Springsteen albums, which change his life and worldview completely.

The Music of My Life is available on Telecine Play .

Based on the song of the same name by Legião Urbana, Faroeste Caboclo is a 2013 film directed by René Sampaio and starring Isis Valverde and Fabricio Boliveira. Despite the song having very shocking and difficult moments for its protagonist, the director does an excellent job of fully portraying her, telling her story. The film follows João do Santo Cristo, who leaves Salvador, his hometown, and moves to Brasília in search of a better life. However, he ends up finding misery and crime, very strong for drug trafficking and rival Jeremias, but he also discovers love in the arms of Maria Lúcia.

Also directed by René Sampaio, Eduardo and Mônica follows the romance of the most famous fictional couple in Brazilian culture, who meet at a strange party with strange people. Even so, it doesn't take long for the love story to begin and bring to life the verses of the song immortalized by Renato Russo, set in post-military dictatorship Brasilia and personified by Alice Braga and Gabriel Leone, who bring to life the most popular love story in the world. Brazil, starring two people with very different lives and opinions.

The top of the list goes to none other than him, Mamma Mia! , a film that has become a true must-watch for comedy and musicals. Starring Meryl Streep and Amanda Seyfried, this feature is a film adaptation of the eponymous musical play , based on the iconic ABBA song. Here we follow the story of Donna, who owns a hotel in Greece and is preparing the wedding of her daughter, who is so anxious to meet her biological father, has the idea of inviting the three boys her mother got involved with when was younger for them to attend her marriage ceremony.

In addition, this film also features several other iconic ABBA hits, such as Dancing Queen , Lay All Your Love on Me , Voulez-Vous among many others.

Mama Mia! and its sequel are available on Star+ .