Superman vs Venom? HQ shows who would win the clash between the characters 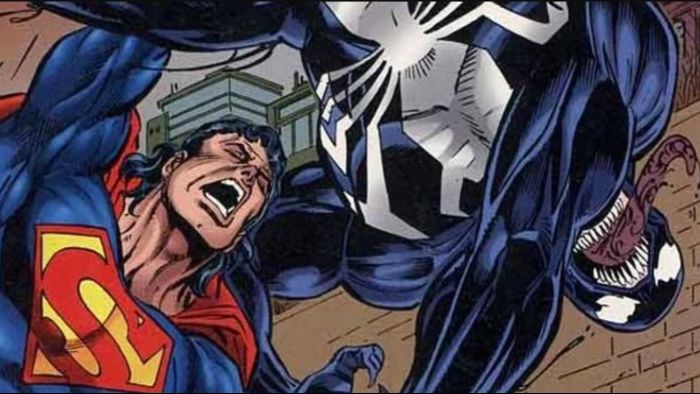 Superman, an alien who, when adopted by a couple of residents of the interior of the USA, absorbed and became the personification of human kindness, and the first Venom, Eddie Brock, a frustrated and vengeful man who, by joining an extraplanetary symbiote, became a mighty villain. In the 1990s, both characters embodied totally opposite spectrums of morality, and a fight between them, albeit with supposedly obvious results, was something many readers imagined.

And considering that both Marvel and DC have always looked for ways to sell as many comics as possible, stories uniting the champions of both publishers sounded like a great idea in the 1990s. That's how the Marvel Vs. DC crossover was born, a series limited edition divided into four chapters that showed clashes between the heroes of the two companies, with everything being presented through the eyes of Axel Asher, a character created especially for this occasion.

After the publication of the four issues, Asher continued to appear in some comics from both publishers, until in 1996 he won the All Access series, which chronicled his adventures in the universes of Marvel and DC. And in All Access #1 , right off the bat, Asher has to deal with Venom, who at the time was still a purely vengeful villain, looking to wreak havoc and hurt as many people connected with Spider-Man as possible.

Asher runs into trouble against Venom, but soon Superman appears to fight the villain. Considering that Clark Kent, in general, is regarded as one of the most powerful characters in all works of fiction in the world, which may lead many to think that the victory of the Man of Steel against the villain was guaranteed. However, to the collective surprise, this is not the path that history follows.

Superman is beaten by Venom, and is unable to stop the villain — that task is left to Spider-Man and Asher himself, who use intense sound waves to destabilize the villain, ending the clash.

While the timing of Asher and Spider-Man's union is interesting, the most striking image of All Access #1 is Superman's defeat to Venom. Critics and comics analysts believe that the result of the clash was a reflection of the popularity of the symbiote villain at the time, which since 1988, in its first appearance, won over the readers of Casa das Ideias.

As we have already commented here on A Market Analysis , the crossovers between Marvel and DC have not been re-released for many years . The reasons are unclear, but with superheroes increasingly on the rise, maybe at some point we won't be surprised by a surprise relaunch.