On Vacation With Ex: Caribe | Learn all about the new reality show 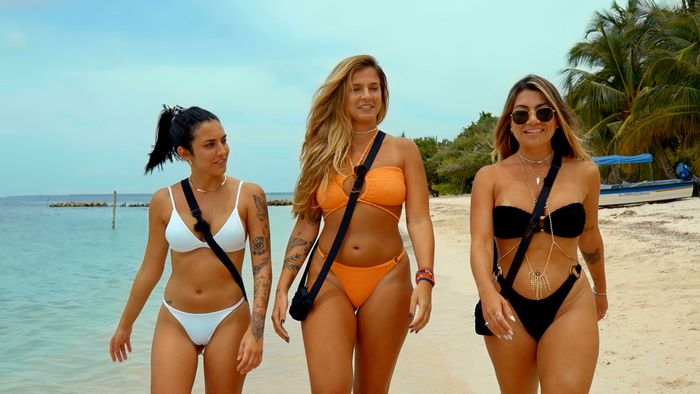 The year 2022 has already started with something new for fans of reality shows: a new season of the show De Férias Com o Ex . This time, the group of young people who are willing to enjoy the summer a lot traveled outside Brazil to bring a lot of cruising to the screen of MTV and Paramount+.

The new program is the first bilingual edition and was recorded in the city of Cartagena, Colombia, with Brazilian and foreign participants. On Vacation With Ex: Caribe begins with a cast of people new and veterans of the show, and they are: Angietta Rodriguez. Camilla Costa, Carlos Ortega, Gabriel Sampaio, Haeixa Pinheiro, Jotave, Leticia Oliveira, Mario Abraham, Mariana Franco and Vascki.

The season premiere takes place on January 13 and A Market Analysis brought some news about the program. On Vacation With Ex: Caribe will continue in the same familiar format: new participants joining each episode, a tablet bringing missions, external and paradisiacal encounters, in addition to a lot of cruising and, of course, shacks.

We asked the participants if the fact that the program was bilingual, with participants who speak Portuguese and Spanish, made it difficult for them to flirt. Camilla, who has already participated in another edition of De Férias Com o Ex , said it was a unique experience. She says that she had just returned from the United States and ends up speaking in English with those who spoke Spanish, causing even more confusion.

"I don't understand Spanish very well, but we get on with it", joked the participant. "So it wasn't a barrier because when we drink everything is fine. I loved it, I think it added a 'salt to the editing'. Mixing drinks with new languages was wonderful", added Camilla.

Angietta, a Colombian participant, did not understand Portuguese, but said she was able to communicate with the rest of the people through the kitchen, as she loves to cook. In addition, she asked Brazilians to speak more slowly, which would make it easier to understand. She was also, of course, accompanied by two Mexican participants, Mario and Vascki.

Fights, making out and fame

On Vacation With Ex wouldn't be the same show without fights and makeout , would it? In fact, the presence of the cameras does not hinder the participants at all when it is time to star in hot moments. Haeixa, the newcomer to the program, says that at times the fights would calm down when someone appeared filming. "But then we end up getting used to the camera, with the cameras that come and go all the time", says the young woman. "So after the fifth day I think everyone was free."

The participants of De Férias Com o Ex talked about the fame they gain in the program, which this time will take place throughout Latin America. Mariana Franco, for example, who is a new participant, said she doesn't care about any of that and really enjoyed the program. The older ones, like João Hadad, say they don't feel pressured to venture into another season.

On Vacation With Ex: Caribbean premieres this Thursday, January 13 on MTV and Paramount, with episodes being released weekly. The edition will also feature extra content, such as the MTV Com o Ex (158) channel on Pluto TV, Viacom CBS' free streaming service. After each episode, the program No Estúdio com o Ex Caribe will be broadcast on MTV on the same channel and on MTV's social networks.