Meteorite organic molecules from Mars may have geochemical origin 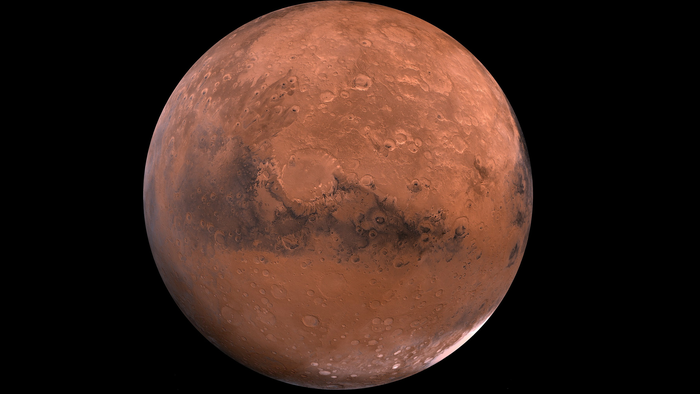 The organic molecules present in the Allan Hills Martian meteorite (ALH) 84001 , found in Antarctica, appear to have been synthesized through interactions between water and rocks. These reactions would have occurred on the Red Planet about 4 billion years ago. At least that's what a new study led by Andrew Steele, a scientist at the Carnegie Institution for Science, concludes.

Meteorite (ALH) 84001 was found in 1984 and is considered one of the oldest objects to come to Earth from Mars. "Analysing the origin of meteorite minerals can serve as a window to reveal the geochemical processes occurring early in Earth's history, along with the potential habitability of Mars," Steele explained.

Organic molecules include carbon and oxygen and may also contain oxygen, nitrogen and other elements. These compounds are often closely associated with life, but they can also be formed through non-biological processes. In the case of the meteorite, several possibilities were raised to try to explain the compounds present in it.

In theory, it is possible that the substances came from volcanic activity, impacts on Mars and even remnants of ancient life forms, if they existed there, or contamination of the rock when it fell to Earth. So, to investigate the origin of organic molecules, Steele's team worked with a variety of sample preparation and analysis techniques.

They found evidence of interactions between rocks and water similar to those that occur on Earth, which indicate that Martian rocks underwent two geochemical processes. One is serpentinization, which occurs when igneous rocks (formed by the cooling and solidification of lava) interact with circulating water. These interactions cause changes in their mineralogy and form hydrogen.

The other process is carbonization, related to interactions between rocks and slightly acidic water with dissolved carbon dioxide — this results in the formation of carbon-bearing minerals. It remains unclear whether these processes were induced by water conditions simultaneously or sequentially, but evidence shows that interactions between water and rocks did not occur over an extended period.

It is unclear whether these processes were induced by the surrounding aqueous conditions simultaneously or sequentially, but evidence indicates that interactions between water and rocks did not occur over an extended period. What was evident, however, is that the reactions produced organic matter from the reduction of carbon dioxide. These mineralogical formations are rare in meteorites on Mars.

On the other hand, carbonization and serpentinization have already been shown in orbital studies of Mars — carbonization, by the way, has already appeared in less ancient meteorites. Organic molecules have already been identified by the author in other meteorites, and analyzes carried out with the Curiosity rover team showed that the abiotic synthesis of these molecules was part of the geochemistry of Mars for a long time.

According to the author, non-biological and geological reactions are responsible for much of the organic compounds from which life could evolve, and need to be taken into account when searching for evidence of life forms in the past on Mars.

"If these reactions happened on ancient Mars, they must have happened on ancient Earth," he concluded. “ The search for life on Mars is not just an attempt to find out if we are alone, it also relates to Earth's primordial environments and addresses the question 'where did we come from?

The article with the results of the study was published in the journal Science.