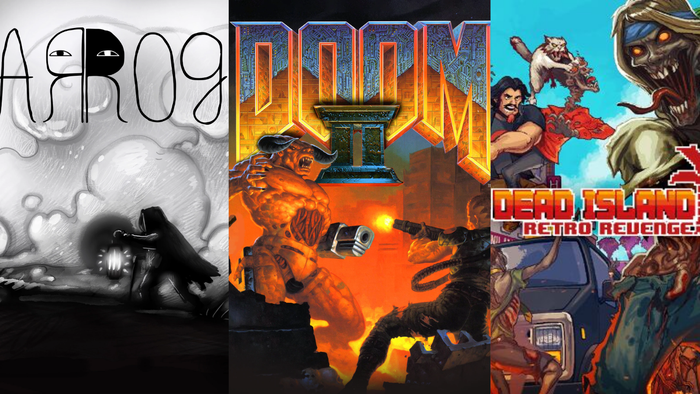 Horizon Forbidden West , God of War: Ragnarök and more. The year 2022 promises to mark the arrival of great exclusives for the PlayStation 4 and PlayStation 5 . But, if even these releases the plan is to save money, the PlayStation Store has a great selection of great games at friendly prices.

With up to R$20, owners of Sony consoles can enjoy a selection of adventure, action and online gaming titles. It is worth remembering that many of these games are constantly on sale, getting even cheaper. A Market Analysis has selected the best titles in this price range, without taking into account promotions or discounts. Check out:

Survive hordes of demons in the depths of Hell in the critically acclaimed sequel to the groundbreaking DOOM (1993). For R$19.90, the player can venture into DOOM II , a title released in 1994 by Bethesda Softworks ( Skyrim , Deathloop ) that brought deadlier battles and the iconic Icon of Sin boss. The version sold on the PlayStation Store is a re-release of the classic that adds over 20 community-made levels and local co-op play for up to four players.

Those nostalgic on duty can enjoy Dead Island – Retro Revenge , 16-bit spin-off of the Dead Island franchise. The game is an arcade beat 'em up, with the protagonist Max fighting and doing combos of physical and magical blows against multiple waves of zombie enemies, battalions of corrupt soldiers and nasty bands of ex-cons.

Stilstand is a gripping narrative adventure that puts the player through the pages of a hand-drawn story about a young girl's insecurities. Amidst the feeling of being trapped and the desire for isolation, the player and protagonist must interact with characters and items to find a way out of problems such as anxiety and depression. The game is recognized for exploring themes involving mental health in a whimsical way and with a striking graphic style.

Energy Invasion is inspired by the arcade classic Breakout . Unlike the original, the ball hit by the player does not break blocks on the way, but launches missiles in a desired direction. The title has more than 50 different levels for the player to pass the time with one of the most classic gameplays from the golden age of arcades.

Exercising logical thinking and reflexes is always a great activity. In Not Not – A Brain-Buster , the player must be fast to follow the on-screen instructions. As the player progresses, increasingly complex and varied instructions will require the use of logic. The title is a phenomenon on cell phones. The version for Sony's consoles has a competitive multiplayer mode and an accessibility mode for the colorblind.

The game of Barry Steakfries trying to escape from a secret laboratory that was very successful on cell phones , also has its console version. For just over 15 reais, you can put on jetpacks and compete with friends for high scores in Jetpack Joyride , an infinite runner game from Halfbrick studio.

4. Save the Ninja Clan

For fans of platform games, Save the Ninja Clan is an unpretentious, action-packed adventure of the genre. The player controls a ninja who must rescue kidnapped friends, in the style of Mario games. As the journey progresses, the player takes control of different ninjas, each with a different skill. The green ninja has a double jump, the purple ninja sprints and the gray ninja has the dash with temporary invincibility. There are two ways to play: go through the normal story mode or find secrets/bugs along the way.

With little intelligence and a lot of firepower, Yorbie is the protagonist of an adventure of his own, a 3D action-adventure game. The player can earn upgrades and test different weapon combinations for the protagonist as he fights villains and tries to save the planet Yorbia Prime from the evil Dr. Zox.

Needing to relax? Try Flower . The game puts the player to control the wind and traverses beautiful and lush scenarios using the motion controls of Sony consoles. During the journey, the player will visit varied landscapes, interacting and changing the environment while trying to find balance and harmony in the world.

Awarded with the titles of Best Art and Best Latin American Game in the 2021 edition of the BIG Festival , the Peruvian Arrog is a quick but remarkable adventure. With 30 minutes of gameplay, the player explores an enigmatic puzzle adventure game with handcrafted art. The story presents another take on death and what it represents, based on legends from South America.