How to organize iPhone apps into folders 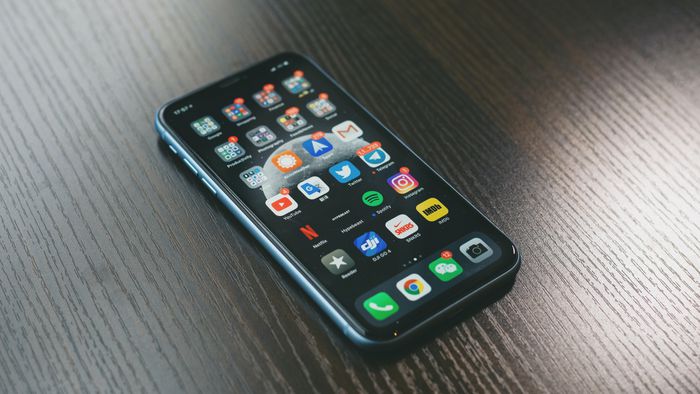 The ordering of applications by different categories of folders on the iPhone's home screen, such as communication apps, streaming platforms, health apps, banking and financial applications, social platforms, games, among others, brings much more practicality and agility in handling the your device on a daily basis.

Here are all our tips on how to organize your iPhone's Home Screen apps into folders:

Nowadays, social networks are definitely part of our daily lives, whether to update us with news or news from friends and family or simply scroll down the feed to pass the time. Organizing your social platform apps in a folder makes it easier to post a photo on your favorite social network, for example.

Next to your social networks, separate all general communication apps, which involves videoconferencing apps that have become more popular with remote work, such as Zoom and Google Meet, and chat platforms, such as Viber and WhatsApp itself, although for the latter it's perfectly natural that you'd prefer to keep it as one of the four quick-access apps in your iPhone's Dock.

Email apps can also be assigned to this folder, although officially they end up being categorized as productivity tools, as we'll see later.

Also organize all apps related to your personal finances, from traditional banking apps, such as digital banks, fintechs, and stock and investment apps. The Wallet, native to iOS, can be added to this folder, or, if you prefer, categorized in a Documents-only folder, as we will see below.

Currently, there are official government and state institution applications that allow you to load your work permit, driver's license, voter registration card, and more on your device. Apps related to documentation registered in your name, such as your cell phone bill or your home's electricity, water or gas bill, can also be added to this folder.

iOS Wallet, as already mentioned, is another app that can also be added to this category if you prefer.

Even if you don't have an Apple Watch, there are a number of apps that can be grouped into a health folder, such as iOS's own Health that, even without the watch, presents a lot of information regarding the user.

In addition, official apps from government institutions can also be added that bring information regarding vaccination campaigns and the location of health centers near you.

Again, this folder can also be very useful even for those who don't have an Apple smartwatch. Running or training apps in general, such as Nike Running Club, Nike Training Club, Adidas Running, Adidas Training, Strava, SmartGym, among many others, can be used with precision just by using the iPhone.

There have never been so many streaming platforms as there are today. So organize a folder with all the streaming apps you subscribe to. Apps like YouTube and Vimeo, or even TikTok and Kwai, can be added to this entertainment folder alongside traditional streaming platforms.

Image and video editing applications can all be grouped together in a specialized photography folder, along with the Photos app and the iPhone's own camera. If you work a lot with recordings and footage, create a folder dedicated exclusively to videos, separating specific video editing and animation apps from others focused on image editing and photography.

Finally, productivity apps. File storage apps like Google Drive, Dropbox or iOS Files itself can be grouped together with your email apps, calendars, and work tools like PowerPoint, Numbers, Excel, Keynote, Google Sheets, and more.

Writing-oriented productivity apps, such as Pages, Microsoft Word, Google Docs, Ulysses and Evernote, among others, can be added to a folder dedicated to notes or writing in general, as you prefer. The iOS native Reminders and Notes apps, as well as Google Keep and Google Tasks, can join this folder.

What about online shopping? E-commerce nowadays is a fervent buying practice, especially among younger people. Applications such as Magalu, Americanas, Shopee and Mercado Livre can be grouped in a single folder, but it is recommended to keep it very close to the finance folder so as not to lose control.

Delivery apps are also a big part of our daily lives, whether it's delivering a quick lunch, a pizza for dinner, ordering drinks that arrive cold and ready to drink, or even doing the week's market. A huge variety of applications offer this type of service and can be grouped in this folder.

Through their apps, airlines and bus stations usually make tickets available in a digital format, with the QR Code to access the bus or plane boarding, in addition to information regarding your trip. Having them downloaded to your iPhone when you have a trip planned, and properly organized to find them faster, is almost a must these days.

To walk around the city, there are also many apps that bring practicality and ease in getting from one point to another. Included in this group are the classics Uber and 99, navigation applications such as Google Maps, Waze and Apple Maps itself, and tools that help to update the city's public transport, such as bus, train and subway lines.

Anyone who has an Alexa or Google Home device, smart lamps or sockets, or a Smart TV at home can group all the tools in this sector in a single folder, the Connected Home.

When you finish organizing your iPhone apps into folders, there are usually leftover apps, native or downloaded, with more specific features, such as the Clock, apps with weather information, translation tools, among others. For these cases, it is common to create a general folder for all of them, the Utilities folder.

Finally, if you have games downloaded on your iPhone, it's also worth grouping them, organizing them all in a folder to avoid distractions at times when you need to focus on work or studies.