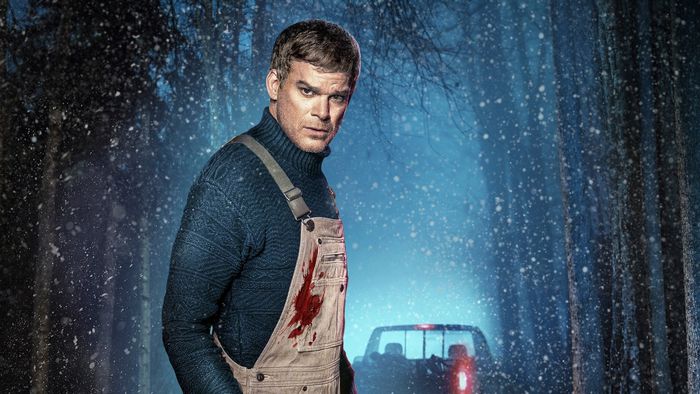 While on the air, between 2006 and 2013, Dexter became one of the most popular series of the moment, gathering fans at a time when there was not much talk about productions that take place in the lives of serial killers. Based on a book saga of the same name by Jeff Lindsay, the plot told the story of Dexter Morgan, a "good" serial killer.

Although Dexter put into practice his uncontrollable murderous instincts based on his father's teachings, chaos always followed the character, implying that his end would not be impunity. However, by the end of the eighth and final season of Dexter , the serial killer has managed not only to escape being caught, but to flee to another location under a new name.

This ending, however, did not please fans , as Dexter's fate looked like an easy escape and the future was left in the dark. Where did he go? How will you survive? Will Dexter live in isolation or will he infiltrate society once again? These and other questions remained in our heads, in an ending that did not bring adequate closure to the character's complexity.

Fortunately, nearly 10 years later, we've been presented with a dignified ending through the Dexter: New Blood miniseries. The plot has just come to an end in its tenth episode, which showed us what life was like for Dexter, now Jim Lindsay, and many of the questions that had been left in the air were answered.

From the very first episode, the miniseries brought relief to the suspicion that reviving Dexter's story wouldn't work. Fortunately, the creators of the plot were more than engaged in delivering a worthy ending to the character, or the fans, and throughout the season the positive sensations were numerous.

Dexter: New Blood managed to make us remember who Dexter is, which is also the merit of the interpreter Michael C. Hall, and how this character managed to win over everyone who pressed play in the original series. Jim Lindsay managed to spend 10 years of his life existing quietly in a small town, being friends with everyone, working in a store and even dating. But as he says, the "dark passenger" never dies, he just falls asleep, and the rest of the serial killer's existence would not follow at that pace.

That's when we started to recognize the Dexter of years ago: intelligent, with well-orchestrated plans, always alert to what's going on around him, but also human and making mistakes. It is in these vacillations that their plans get out of control once again, and their latest mistakes lead them to end their journey as a serial killer. Perhaps, the character's biggest mistake would be to believe that no one around him could be as smart as he is and that it's not a very well taught code that would free him from being a criminal.

Harrison and "The Code"

Harrison's return, very well played by the young Jack Alcott, was crucial to the character's ending. Dexter abandoned his son for fear that his son also had murderous instincts and had to teach him the infamous code, which was always just an excuse to be able to accept his criminal impulse. This tactic made the character believe he was an "outlaw" hero, and when he found himself powerless in the face of his son and who he was becoming, he tried to teach him the same thing.

The final twist, albeit premeditated, only proved that he was always alone in his desire to kill, and that not every person with violent instincts simply wants or needs to accept that condition. Dexter was never a hero, yet he was a charismatic character we've always rooted for, which is why the original series finale didn't suit someone like him.

Dexter was a serial killer who committed crimes that are nonetheless horrendous simply because they were against "real" villains. Each and every plan of the character resulted in dangerous consequences for innocent people, which in a way ends up breaking the so-called code. The miniseries, therefore, managed to bring a tragic and meaningful ending to the character, instead of just taking him to prison to pay for his crimes legally, which would be with the death penalty.

Dexter Morgan has always been far too complex to have an obvious and crappy ending. Prison doesn't suit Dexter. Judgments don't suit Dexter. The only way for the character to have a satisfying ending for both the audience, who would be the punishment, and for himself, without suffering the punishment, would be with death. The character's life was taken by his own son, Harrison, who followed his code, after all, his father had just murdered someone he didn't deserve.

Here, in that cold little town, Dexter's instincts weren't controlled for long, and it would be weird to save the character and have him, again, create a new life. Once again, his serial killer life would be exposed and we would enter an endless cycle. As for Harrison's fate, he may continue to follow the code in his lonely new life, but we don't need that closure right now, after all, the series isn't about him and that could happen in a possible spin-off.

Dexter: New Blood , therefore, managed to fulfill its mission of bringing, with nostalgia, a dignified ending to the character and all the chaos he has provided throughout his life, making the redemption of the original series, fortunately, work. .

Dexter: New Blood is available on Paramount+ in 10 episodes.