Bill Miller invests 50% of his funds in Bitcoin: “crisis protection” 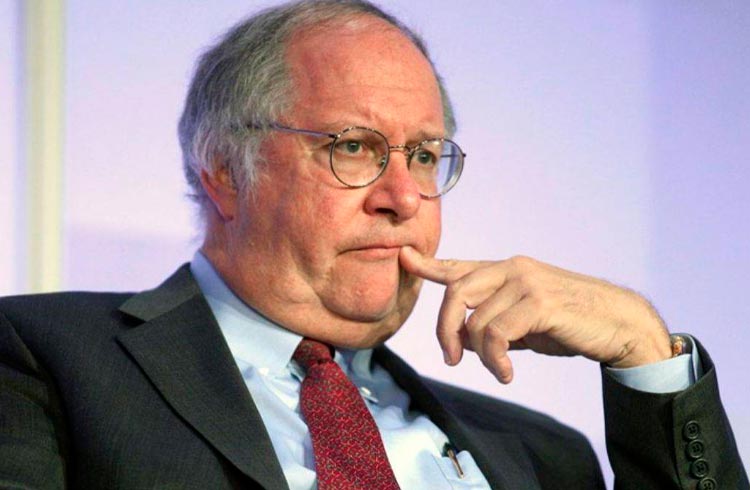 The famous investor Bill Miller decided to bet big on the cryptocurrency market. More specifically, Mille has invested 50% of his personal funds in Bitcoin (BTC) and various other cryptocurrencies.

Miller's strategy was revealed by him during an interview with WealthRack. According to the investor, the measure is part of a strategy to protect against financial crises. For Miller, no asset on the market does this better than BTC.

“I think the average investor should ask themselves, 'What do I have in my portfolio that provides this kind of track record?' BTC is very, very under-penetrated, it can provide a financial catastrophe insurance service that no one else can provide. Also, he can go up ten times or fifty times. The answer is: nothing,” Miller said.

Miller, founder and chief investment officer at Miller Value Partners, was one of the first major investors to buy BTC. His first purchase took place in 2014, when the cryptocurrency was not even recognized as an investment on Wall Street.

Seven years later, Miller noticed a renewed interest in cryptocurrencies and went back to buying. The investor has already stated that BTC is a safe investment and that it has the potential to destroy all fiat currencies.

Miller is, to this day, one of the most successful investors in history. His Legg Mason Capital Management Value Trust Fund holds the record for outperforming the S&P 500 index for 15 consecutive years, from 1991 to 2005.

In the interview, Miller admitted that focusing 50% of his capital on cryptocurrencies goes against many of the tenets of financial discipline, such as diversification. But he defended himself by claiming that some of the richest people in the US – such as Jeff Bezos (Amazon), Mark Zuckerberg (Meta) and Warren Buffett (Berkshire Hathaway).

Miller said his decision to invest came after hearing a talk by Wences Casares, CEO of the Xapo portfolio. Casares said that BTC is used as a protection tool in countries with high financial instability.

In this sense, the investor highlighted protection against hyperinflation, nationalization of banks and asset confiscation. In fact, the poorest countries in the world are precisely those with the highest rate of adoption of BTC.

This move all cited by Miller took place in April and November 2021. After the first cycle, the investor started buying when the cryptocurrency was worth $30,000. “If there's a lot more people using it, there's a lot more money coming from the venture capital world,” he explained.

Read also: Brazilian cryptobank launches up to 10% cashback in cryptocurrencies for supermarket purchases