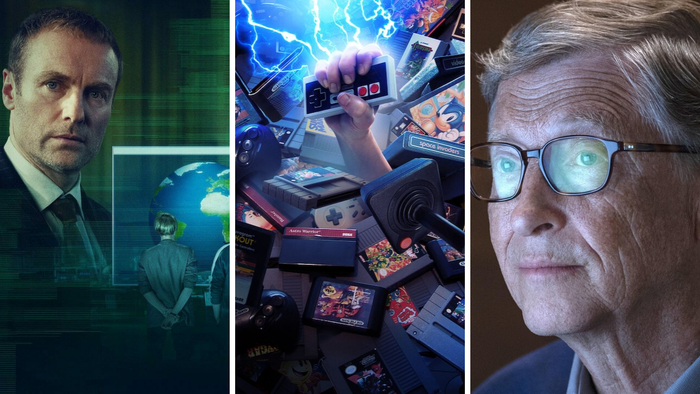 The world of technology is a very fertile ground for stories that we don't always know about. Behind very popular apps, world famous services or that device that does not leave your hand there is a web of controversies, betrayals, bullshit or just a beautiful journey to overcome that goes unnoticed by most of us.

That's why we're seeing more and more series leaning on these stories to bring them to the public, introducing the world to curious facts, interesting characters and that good fight we like to follow. And luckily for us, Netflix has a good supply of tech series.

They are very varied productions, ranging from the birth of the video game industry and its main creators to legal battles against megacorporations over the theft of codes and systems that are now part of our lives. Not to mention those apocalyptic analyzes to make you rethink before entering any social network.

So, if you're looking for a series to marathon at the same time you get informed and find out more about this world that has become so connected to our lives, check out some suggestions for your next play.

To start our list, a suggestion a little lighter. Released around here under the strange name of GDLK — the original title is High Score and the change, to be quite honest, doesn't make any sense — it's a documentary series that tells a bit of video game history from both the eyes of the great. names in the industry that helped to form this market and also by the players themselves.

Thus, he stitches his narrative from testimonials from developers and engineers with professional players and winners of Mario , Sonic and Tetris championships. Over its six episodes, the series covers the birth of games, the rise and fall of arcades, the rise of consoles and the war between SEGA and Nintendo , as well as some of the controversy over violence and the rise of eSports — as well as talking on some topics such as representativeness and inclusion.

4. The Arsenal of Spies

You've certainly heard that story that war is the great mother of inventions we have today—and it's right. Many of the technologies we use today in our daily lives initially emerged within a military context and became popular until they became part of our lives. And O Arsenal dos Espões works a little with this idea, presenting some of the devices that were born to investigate and gather information.

There are just eight episodes that show some of these technologies that spies used to get data from their targets and how this evolved over time, as well as encrypted communication systems and even the evolution of cryptography to protect (and unravel) messages. It's almost like a demystification of James Bond at the same time that he remembers that his cell phone was born to tap him.

Along the same lines about the role of technologies in our lives, The Age of Data goes a little deeper and shows that we are not only dependent on devices, but also on a plethora of data that we don't always realize is being collected. Inevitably, you're a number on someone's spreadsheet — and that's what the series purports to show.

In this way, the presenter and PhD in the history of science, Latif Nasser, travels the world talking to experts on various topics to prove this point, showing how this data science ranges from the sand of the Sahara Desert and the climate of the Amazon rainforest to social networks, cloud connection and nuclear bombs.

The target of different fake news and conspiracy theories over the last few years, billionaire Bill Gates is the central character of the miniseries The Code Bill Gates , which tells a little about the history of the founder of Microsoft , his inspirations and influences to become one of the most important names in technology to date.

At the same time, the three episodes of the production go beyond the company and show how Gates wants to use his intelligence and fortune to try to transform the world. It's a perfect series for anyone looking for inspiration to start a new project and want to aim high.

To end our list, a series that addresses a story not so well known to the general public, but which is very impressive and full of plot twists. As its name suggests, The Billionaire Battle centers on the real case over the Google Earth patent dispute after two young men accused the tech giant of violating the system they created.

More than being a courtroom story — which in itself is very interesting — the miniseries portrays all the comings and goings of the case from a dramatized version of the story, which gives greater dynamism to the narrative and makes everything more tense and interesting to check. It's a nice reminder that there are no good people in this world and that the motto of not being evil is not always followed to the letter.