The popular car is dead in Brazil 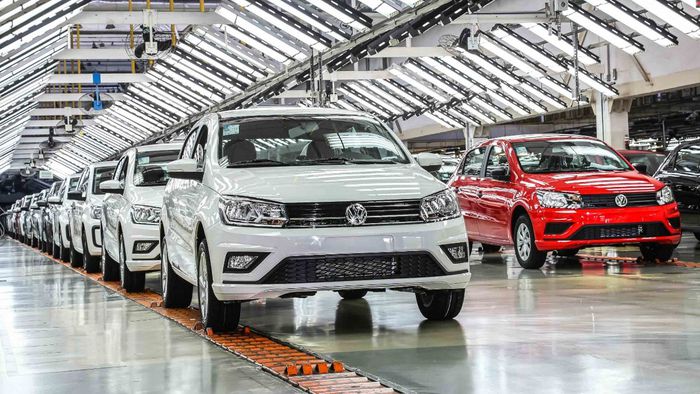 You may have already used the following phrase in a conversation with friends or your family: car is too expensive in Brazil . And yes, it is an absolute and irrevocable truth. For at least a decade, the local automotive industry has suffered from significant increases in the values charged by automakers and the average citizen's income has not grown at the same rate. On the other hand, there are good sales numbers and normal fluctuations, as at the time of the height of the covid-19 pandemic.

Brazilians love cars, still consider this product as an achievement, an object that can elevate them to a social level and help them to have a more comfortable life. In general terms, it was always possible to realize the dream of the 0km stroller with a lot of effort and the right choice for models considered popular. Very basic and economical vehicles that take you from point A to point B with relative comfort and safety.

Well then. When we coolly analyze the market and the options available, it is safe to say that the concept of the popular car is dead in Brazil, and the reasons are not restricted to Brazilian economic instability.

Even though taxes levied on a standard car in Brazil are almost half the value of the product, the natural evolution of the industry and the challenges it needs to face to bring more comfort and safety to users will, of course, make everything much more expensive.

A clear example is the new rules that the Brazilian government has been working on for new vehicles for some time. In 2024, all automobiles produced in Brazil must have, as standard, stability and traction controls, items that prevent overturning and driving on the road and in the streets.

In addition, other technological and safety gadgets that were previously seen only in expensive and higher-position vehicles are already mandatory by law, such as ABS brakes, dual front airbags, and LED daytime running lights. All of this brings costs to assemblers, who sometimes need to import certain parts and everything becomes even more expensive for the consumer.

On the other hand, the Brazilian consumer is also increasingly demanding. Proof of this is that SUVs already dominate sales in the automotive sector , with a 42.7% share at the end of November, according to Fenabrave (National Federation for Automotive Vehicle Distribution).

These vehicles are already well equipped from the factory and bring a lot of comfort, versatility and safety. Therefore, consumers, who know they will spend a lot on a car, have identified that it pays much more to invest that money in a product with greater added value.

Also within government requirements, the L7 phase of the Proconve (Program for the Control of Air Pollution by Motor Vehicles) caused several cars to be retired in Brazil, more recent cases of Volkswagen Fox , Fiat Uno and Chevrolet Joy , to name a few.

With the arrival of the L7, vehicles with certain degrees of noise and pollutants in the engines needed and will need to undergo major upgrades, something that has caused automakers to rethink their product lines almost completely. In the case of Fiat , six models were excluded at once: Uno, Grand Siena, Doblò, Mobi Easy, Argo 1.8 and Cronos 1.8.

In addition to the mandatory stability and traction controls, we will soon have the "death" of the best-selling car in Brazilian history, the Volkswagen Gol , which has already had its fate sealed in Argentina for the same reasons. If this model, previously seen as a "popular car", already reaches stratospheric prices even without any options, imagine with these additions.

Today, to buy a basic VW Gol, you won't spend less than R$69,790, while the cheapest car in Brazil, the Renault Kwid, costs no less than R$48,790. For comparison purposes, when launched in 2017, the Fiat Argo, a much more modern model than the two mentioned, cost from BRL 46,800 in its entry-level version and BRL 71,000 in the most complete version, at the time the HGT .

With values like these, the consumer starts to look more fondly at the used car market, choosing to buy older vehicles, but of a superior category. It is perfectly possible, for example, to acquire a BMW 3 Series or Mercedes C-Class from the year 2010 or 2011 for figures around R$ 60 thousand. For those who love cars, it's a full plate, even though maintenance is more expensive.

When will prices go down?

Here the exercise of futurology is necessary, but plausible. In addition to everything mentioned above being preponderant to define the price of a car, there are momentary situations that must be taken into account, such as the semiconductor crisis , which directly affected the production of cars in the country and in the world during the covid pandemic. -19.

Automakers such as General Motors, Hyundai and Volkswagen even stopped the total production of their cars for months in 2021. In addition to hurting sales, it was natural that prices needed to be increased due to low demand. Waiting lines for some of the models lasted six months.

With the normalization of this scenario, it is possible that automakers will experience gradual reductions in prices and a real increase in production and sales over the next two years. In addition, with the economic stabilization, also expected for the next two years (even with the elections), the value of the dollar should also retreat, which could make parts and vehicles as a whole cheaper.

It's safe to say: the popular car died

Given the entire scenario of the automotive market, it is possible to say that the popular car as we were used to has died. With the natural evolution of products and prices practiced in Brazil, the nomenclature used to separate the categories should be revised very soon.

With SUVs dominating the national market, the Brazilian consumer seems to have understood the changes in the market very well and is increasingly demanding: he will not spend his rich money on cars without equipment and comfort.

It remains to be hoped that the economic situation improves and prices return to a more accessible level, with less taxes and more competitiveness.