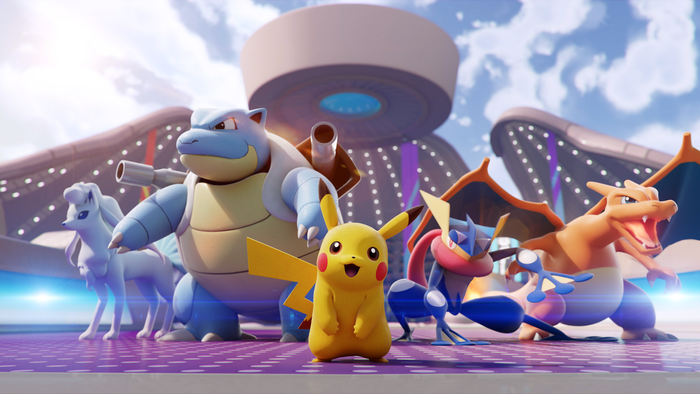 Like every MOBA, Pokémon UNITE has compositions and synergies between character duos that can yield great skill combos and, when mastered, make a difference during a ranked game. The joining of forces between Pokémon like Lucario and Eldegoss, Pikachu and Mr. Mime, among others, can be very useful for the team

With that in mind, we've separated seven pairs of Pokémon UNITE below for you and your friends to use during ranked matches and, who knows, the long-awaited Master level. Remembering that the game is available for free for Nintendo Switch and mobile devices (Android and iOS).

This pair works great thanks to the group control effects that both Pokémon have. With Sing and Dazzling Gleam, the skill control combo is quite difficult for enemies to fight. The pair can also evolve quickly on the way to the top and are able to perform a "snowball" effect faster than other pairs by evolving to their final stage at level 4. Alolan Ninetales and Wigglytuff may be cute Pokémon, but they can cause nightmares to opponents.

Lucario and Eldegoss make a safe pair, mainly due to the fact that Eldegoss manages to be an excellent support providing shields, group control and even some damage when needed. Grass-type Pokémon can follow Lucario's rapid advances by using its reach and activating its shield over a large area. In this way, the pair manages to deal well against enemies due to the protection factor that Eldegoss provides during clashes.

Pikachu and Mr. Mime form a combination that may not make much sense for the current Pokémon UNITE gameplay, but it represents a fun union. Using Mr. Mime's Barrier move and Pikachu's Electroweb, players are able to lock the opponent and prevent it from running away, making it easier to deal damage to enemies. The Confusion + Barrier for Mr. Mime combo helps Pikachu attack together with the Psychic Pokémon. In case you don't like Mr. Mime very much, know that the pair Pikachu and Snorlax can also do a lot of damage.

Snorlax is a very efficient tank, while Alolan Ninetales manages to do the damage-dealer role with group control at the same time. The Normal-type Pokémon has a great synergy with most attackers in the game, mainly due to the ability to stun in area with Heavy Slam and also with Block, blocks enemy damage and prevents any Pokémon from jumping on top of a companion that attacks from a distance.

Alolan Ninetales is an Attacker with a lot of reach in his blows, which makes the player able to keep a safe distance from enemies while Snorlax serves as protection, keeping everyone busy.

Tsareena and Lucario form a duo focused on dealing constant damage to opponents. Both Pokémon have passives that allow them to continue in battle for a while, in addition to causing group control while blasting enemies. With a good shield percentage and attacks that advance towards the opponents, the pair can be a torment for more fragile Pokémon that are in the same route as them.

And not only that: while Lucario can control the game from the beginning, Tsareena has time to escalate and grow towards the end of the round, at which point the Pokémon shines with his blows. In short: the duo does a good job of dealing a lot of damage to certain Pokémon, in addition to having resistance with their shields.

Eldegoss and Charizard have a great synergy from early levels. Mainly because Eldegoss provides shield and movement speed to his companions, which matches very well with Charizard's abilities — even more so if he uses Fire Blast as one of his strikes, he can attack from a distance while Eldegoss helps with shields and keeps the Fire Pokémon alive.

Charizard manages to deal a lot of damage and also provides help to his fellow lane when using the Unite Move, Seismic Slam, which is capable of taking down that annoying Lucario who is trying to kill his faithful ally.

Cinderace is a hyper carry – hyper charger, in Portuguese. The Fire Starting Pokémon does a fair amount of damage, especially at higher levels. With the possibility of attacking from a distance and being invulnerable, the rabbit is an attacker who, when well protected and strong, can end the game alone — it's always a huge headache to face a good Cinderace on the opposing team. Eldegoss enters this equation precisely to provide shields and healing so that Cinderace can finish off opponents using its basic attacks and powerful abilities like Pyro Ball and Flame Charge.

And these are our pairing suggestions for Pokémon UNITE . Liked? Share with your team and friends to test the possibilities and let us know what you think on our social networks.