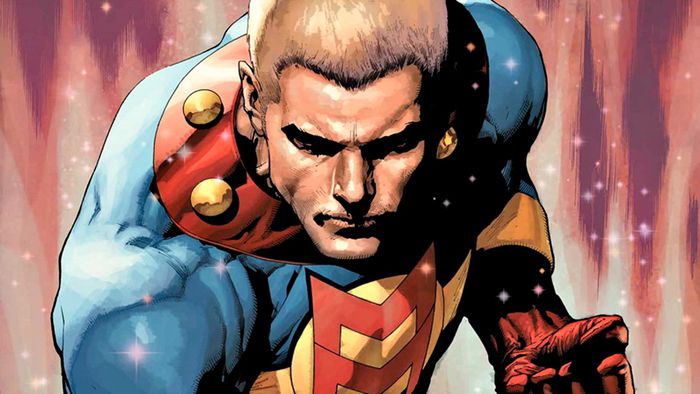 Do you know the character Miracleman (or Marvelman)? If you said "yes", you know that it has a huge historical importance in the comic book market, involving a change of look at superheroes and adult plots in a period when comic books were no longer so "innocent". There's also a lot of backstage sparring over copyrights between famous artists such as Alan Moore, Neil Gaiman and Todd McFarlane.

If I said "no", I already warn you that this is not a text to recover the entire complex story of the character and everything that lies behind it — we can do that at another time. And, well, actually, it doesn't matter if you said “yes” or “no”, as I'm going to quickly summarize what happened, just to put the purpose of this story in context: to project what Marvel intends to do with Miracleman, because is something that may change the structures of the publisher from this year on.

Marvelman was created in 1954 by British writer Mick Anglo for the small publisher Len Miller & Son. It was the English answer to Captain Marvel of Fawcett Comics. The premise was very similar: Micky Moran, a reporter, after an encounter with an astrophysicist, was given powers based on atomic energy. Every time he said “Kimota” (“Atomik” backwards), he became Marvelman.

As you can see, there is not much originality there. And even the supporting characters of the Marvelman Family were very reminiscent of those of the Marvel Family, including Young Marvelman and Kid Marvelman, along the lines of what happened to Billy Batson and his supporting cast. And, as with Captain Marvel, who, already integrated into DC Comics after the sale of Fawcett Comics, had to change his name to Shazam to avoid legal problems with Marvel Comics, Marvelman also underwent changes and was renamed Miracleman.

Miracleman didn't have such bright stories until 1982, when a young British writer named Alan Moore took over the scripts, alongside artists Garry Leach and Alan Davis (another name that would become a hit in the US market years later). Only the version published in Warrior magazine was much darker than the original Marvelman.

Moran had nightmares about his past life as a hero and, after rediscovering his powers with the word “Kimota”, discovered that Kid Marvelman was alive, in the form of a psychopathic superbeing. What happened next was a deconstruction of the classic superhero of the lineage of Superman and Shazam, in the form of adventures that were more like psychological horror plots involving creatures of mythological stature.

The plot, which later had the almost macabre drawings of John Totleben (the same one he paired up years later with Moore in Swamp Thing ), escalated to, say, much more adult themes than in the past. It was much more the superhero's journey of corruption than exactly heroism. If you want to draw a parallel, you can compare this characterization with what Watchmen did in 1986 — remembering that Moore's phase in Miracleman lasted 16 editions and was incomplete, with the ending at number 21, in 1984.

In 1985, after the name was changed to Marvelman, for the reasons mentioned above, Eclipse Comics took over the publication in the United States and republished the material in color. But the magazine didn't last long. And even so, it brought a never-before-seen look at a “superhero comic book”, influencing many artists and captivating thousands of fans — it became adored among the most voracious comic book readers.

Well, as there was a lot of interest in the character, especially among readers who discovered Alan Moore's phase years after publication, Miracleman returned, this time at the hands of another Brit who was starting to make a success of the North American market – precisely because of his footprint. of terror that he imprinted to his texts.

So, in 1988, Gaiman, who was still taking Sandman's first steps at DC Comics , used what Moore had built to end Miracleman's journey, also bringing together the character's “innocent” past. Thus, he defined the “rise and fall of the hero,” placing Moran and his family in the Golden, Silver, and Contemporary eras of superhero comics.

The plan was to tell this trajectory in three volumes: The Golden Age , The Silver Age and The Dark Age . But, along the way, the story gained parallel chapters and, in the end, ended in issue 24. Issue 25, with a script ready, never made it to newsstands; and the journey ended incomplete in the period of The Silver Age volume in 1994.

The 1990s were turbulent for the superhero market, and younger audiences didn't seem to mind the Miracleman saga. Furthermore, Eclipse's irregular publication of the title has turned away a lot of fans, even the most fervent. Thus, the character fell into oblivion, and would only become news in the middle of the decade and the beginning of the 2000s.

In 1996, Todd McFarlane, who was on top of his game after his Spider-Man phase, bought Eclipse's assets for as little as $25,000, including the rights to use Miracleman. And then, in 2001, the beginnings of a major court case began: McFarlane used Miracleman in a Spawn magazine, capitalizing on the character as a new addition to his character's universe in Image Comics.

In 2002, Gaiman sued McFarlane for unauthorized use of characters he had created in his passage through the plots of Miracleman . Gaiman was so determined to undermine McFarlane's plans that he even started a company just so he could sue him. The exact details of the usage clauses are as yet unknown to the general public, however, McFarlane had to back down.

In a maneuver by Gaiman in conjunction with Marvel Comics, which involved up to the 1602 saga of Casa das Ideias, the US Court considered McFarlane as the illegitimate owner of the rights to Miracleman. And, after agreements and a lot of behind-the-scenes discussion, in 2009, original creator Mick Anglo became the official owner of the rights to Miracleman — it's worth noting that McFarlane also gave in because his image as an artist was eroded a lot in the process, including between the author's own fans.

So, after all that, Marvel Comics bought the rights to Miracleman from Anglo in 2009. And in 2013, Casa das Ideias announced that Gaiman would finish his unfinished volumes and even unveiled a new plot signed by Grant Morrison. Since then, some projects have been cancelled, between luxury reprints; and it wasn't possible to know exactly what the publisher would do with the powerful character.

That has changed in the past week.

Well then, we finally reach the goal of the text, which is to design Miracleman's introduction to the Marvel Universe. In recent years, in many of the sagas that Casa das Ideias published there was an expectation that Miracleman would appear as a “ game changer ”, a god, or something similar, capable of shaking the publisher's structures.

After so much betting on the introduction of Miracleman into the chronology of the Marvel Universe, many people even gave up. Until… quietly, Marvel hinted at what could happen soon. First, with the presence of the character's symbol in Timeless #1 , the debut edition of Kang's miniseries, which should reposition the temporal villain with what was seen in the Loki series, from Disney+.

And then with the announcement of the luxury edition Miracleman Omnibus , which will bring together the 1980s reboot of Alan Moore and various artists, as well as the first two Miracleman stories in the era of Marvel Comics, by Grant Morrison, Joe Quesada, Mike Allred and Peter Milligan. The launch is scheduled for September 2022.

Now, the theory… The Marvel Multiverse is in vogue, thanks to what we saw in the series WandaVision , Loki and What If… and with the plots of the films Spider-Man: No Return Home and Doctor Strange in the Multiverse of Madness . Since the idea of the Timeless miniseries in the comics is to better organize years of messed up chronology at the publisher, Miracleman can step in as a being able to establish or change the fundamental rules of the Marvel Multiverse.

In DC Comics, the Watchmen characters, in particular Doctor Manhattan, were used to explain the “stolen legacy” during the years of the Novos 52 reboot, in the Doomsday Clock saga. Many people (myself included) are betting that Marvel Comics should do something similar to “fix” several of the inconsistencies of decades of publishing to establish the rules of a new era in publishing. And more: it would be a chance to also better aggregate other properties that the company has acquired over the last few years, such as Conan, Aliens and Predador.

Only such a controversial, powerful and forgotten character has this “ace up his sleeve” feature to be used with such impact and in an acceptable way for this role in Casa das Ideias today. Of course, you can't believe that this is really the publisher's plan. But, one way or another, prepare to break through: Miracleman is reaching the official chronology of the Marvel Multiverse.