The CoinTraderMonitor website revealed Bitcoin (BTC) trading data on Brazilian exchanges. According to the survey, Brazilians moved 409,881.15 between January 1 and December 31, 2021.

In reais, the value corresponds to BRL 103.5 billion and represents a growth of 417% compared to the same period in 2020. That year, the market moved 351 thousand BTC, but the value in reais was only BRL 20 billion .

Binance led the total volume, with 122,046.77 BTC traded, 29.77% of the annual volume. Next came the exchanges BitPreço and Mercado Bitcoin in second and third places, respectively.

It should be noted that the calculation takes into account the volume declared by the Brazilian exchanges in accordance with the terms of Normative Instruction 1.888 (IN 1.888).

Volume and price grew in line

Another factor concerns the devaluation of the Brazilian currency against the dollar, which reached more than 7% in 2021. As the price of the BTC is quoted in dollars, this depreciation served to raise the value of the cryptocurrency in reais.

As for the monthly volume, May was the month with the most market activity, recording 52,595.17 BTC (R$ 12.4 billion). On the other hand, December registered only 24,407 BTC, the worst month of the year. The month of January registered an above-average volume, with more than 34 thousand BTC traded. 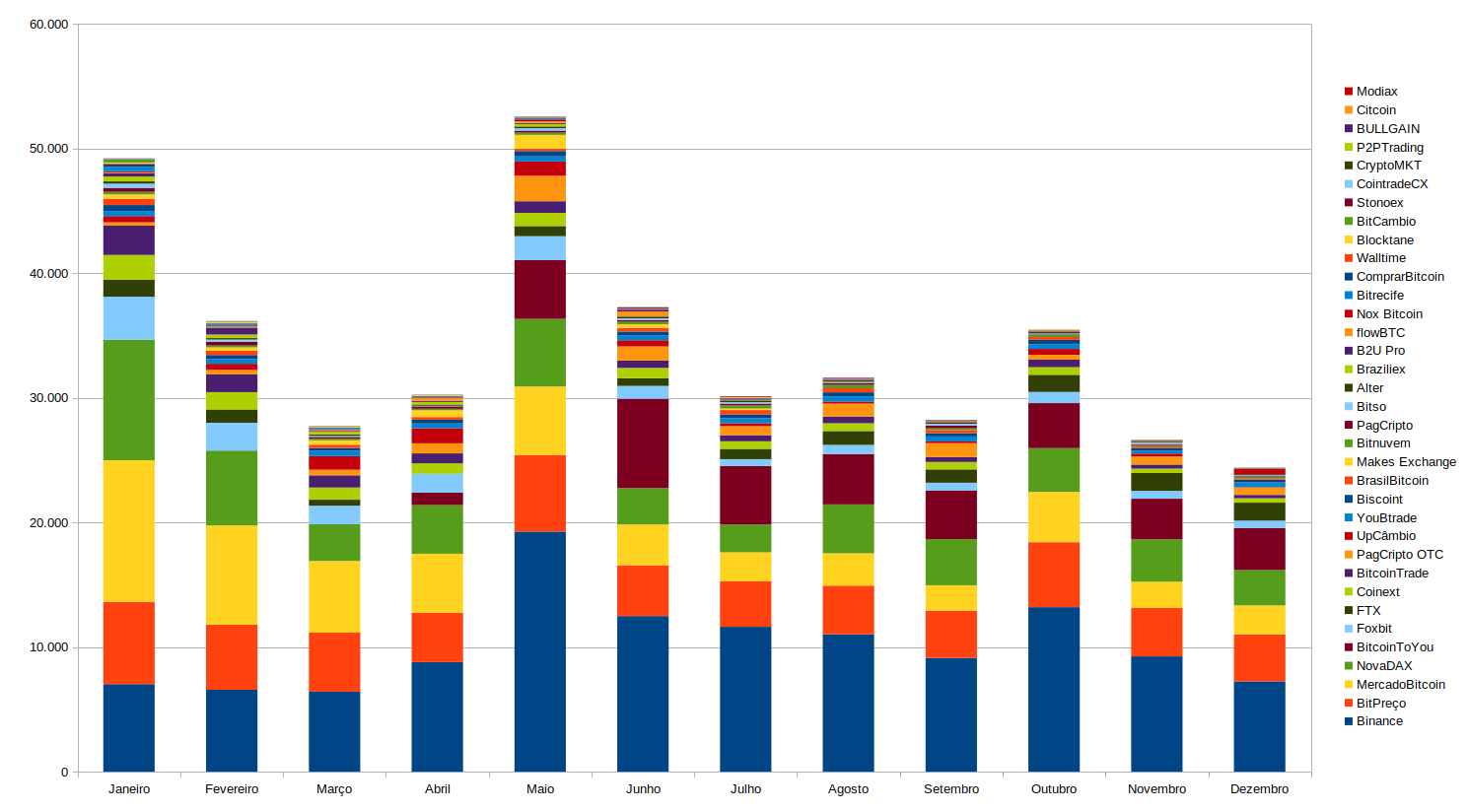 The high volume in May was due to the volatility of BTC that month, mainly due to Tesla's decision to go back and not accept BTC as a means of payment. Additionally, it was during that period that China intensified its repression of miners and exchanges in the country.

Both activities would be banned there a few weeks later, which led June to register the third-highest trading volume of the year.

Read also: Coup dresses up as Defi and causes thousands of victims in Latin America