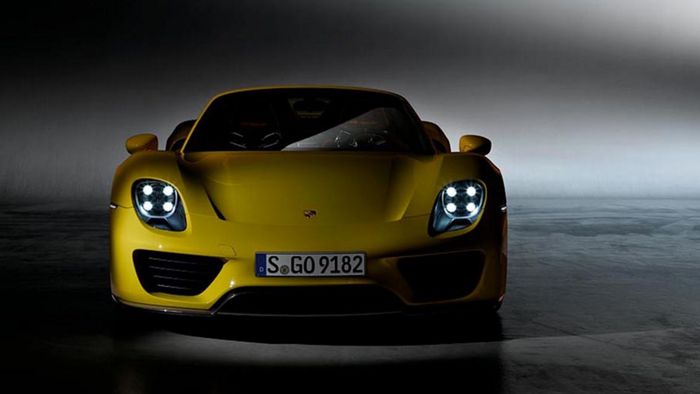 It's time to pay the property tax. And two residents of the State of São Paulo will have to pay more than half a million reais to avoid falling into debt with the government. To be exact, BRL 527,493.20.

That's the price the happy (now, perhaps a little sadder) owners of the only two units of the 2015 year 2015 Porsche 918 Spyder that are registered in the state will have to pay. Each of them is valued at R$13.1 million.

The amount charged by the super sports car tax is equivalent to no less than 5 Fiat Pulse Turbo , one of the most famous launches of 2022, and which costs, on average, R$ 101,000.

"King" of SUVs and "Queen" of motorcycles

Among SUVs, the one who reigns at the top of the ranking and will give the owner the mission to pay the most expensive property tax in São Paulo in 2022 is the one who has a Rolls-Royce Cullinan in the garage. He will have to give up R$ 137,906.56, as he owns a masterpiece on wheels, which is among the most luxurious cars in the world , and costs from R$ 3.4 million.

The bike with the most expensive IPVA is also to leave the “simple mortals” with their mouths open. Whoever walks around with a Ducatti 1299 Superleggera, manufactured in 2017, and valued at BRL 416.9 thousand, will have to pay BRL 8,338.58 in tax, almost the same amount as an Ola S1 , one of the cheapest scooters of the world.

What do the two car models with the most expensive property tax in São Paulo in 2022 and 2021 have in common? They are super sporty, super coveted and obviously super expensive. The Porsche had only 918 units produced between 2013 and 2015 (that's why it's called the Porsche 918 Spyder) and it's a machine of respect.

The car with the most expensive IPVA in São Paulo has a 4.6 V8 engine with 608 horsepower, which works in conjunction with two electric propulsion units, which add up to 286 hp. The set yields 887 horsepower, with a torque that varies between an absurd 93.5 and 130.5 kgfm.

Owners of the Porsche 918 Spyder, the Rolls-Royce Cullinan, the motorcycle with the most expensive property tax in São Paulo and all the other owners of the more than 24 million vehicles that run in the state will need to start reaching into their pockets on the 10th of January.

Remember that the rate charged by IPVA varies from state to state. In São Paulo, the calculation takes into account the value of the invoice (for 0 kilometer vehicles) and the Fipe table for used cars.

In passenger cars and SUVs, it varies between 3% for vehicles powered by alcohol, gas or electric, purchased before January 15, 2021, and 4% for those with gasoline or flex engines. Motorcycles pay a 2% rate, and trucks, 1.5%.

Check the IPVA expiration dates in São Paulo below.

With information: G1 , State of S.Paulo