Panic | The 10 most remarkable deaths in the saga 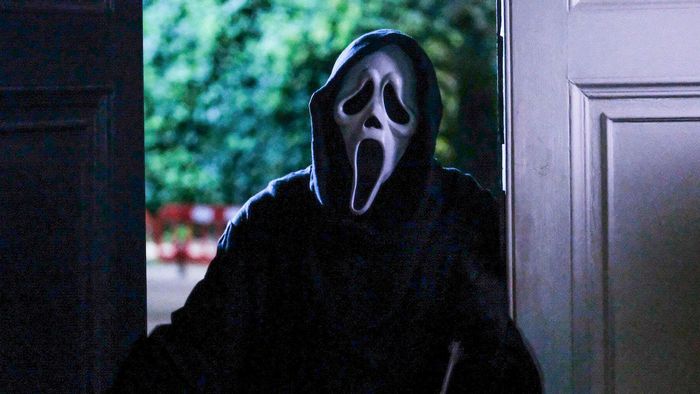 The fifth film in the Scream franchise is about to be released in theaters, more than 10 years after the release of the last one, which took place in 2011. This will be the first feature in the saga without the direction of Wes Craven, who died in 2015, which it leaves the responsibility of the production and cast even greater.

Scream 5 brings back characters Sidney Prescott (Neve Campbell), Gale (Courteney Cox) and Dewey (David Arquette) to face a new wave of killings that is haunting the town of Woodsboro. Also in the cast are actors like Jenna Ortega ( You ), Dylan Minnette ( 13 Reasons Why ), Jack Quaid ( The Boys ), among others.

With the day to check out the new movie in theaters arriving, it's time to warm up for the premiere and remember what were the most remarkable deaths in the franchise. Check out the list that A Market Analysis has prepared below.

Attention: this article contains spoilers of the Scream franchise!

The first death on the list came in the fourth film in the franchise, The character was Sidney's stepbrother, Roman Bridger (Scott Foley), who hated her not only for the popularity she gained for escaping so many murders, but for receiving the mother's attention he didn't get.

He is the Ghostface of the film, and Sidney ends up needing to kill him with a stab. Afterwards, Dewey ends the job with a shot in the head just in case.

In the fourth film in the Scream franchise, Kate (Mary McDonnell) is killed by someone who is behind the door she is leaning against, where the mail is placed. One stab was enough for death to be almost instantaneous.

Kate was Sidney's aunt, and shortly after the scene the film's Ghotsface is revealed as her daughter Jill Roberts (Emma Roberts).

The death of Kirby Reed (Hayden Panettiere) enters the list of most memorable mainly because the character was one of the favorites of the fourth film in the franchise. Also, she is stabbed by the assassin without the mask on, so she knows very well who it is that is killing her.

Some fans still believe the character survived the stab wounds and will return in Scream 5 . Will be?

The death of Maureen Evans (Jada Pinkett Smith), from Scream 2 , can be defined as one of the most desperate. She's at the theater for the release of the movie Stab, surrounded by people in Ghostface costumes, unaware that the real killer is there.

She is stabbed to death in the movie theater, gets up and stands in front of the screen, making everyone in the room watch her frightening death, while they believed it was a reenactment until they became real.

In the third film in the Scream franchise, the character Jennifer Jolie (Parker Posey) is also murdered in a desperate way. Realizing that she is in danger, she runs away from the Ghostface and finds herself on a wall that on her side is transparent, and on the other is a large mirror in a closet.

She even knocks on the window and asks Dewey (David Arquette) for help, but he only manages to break the barrier between them when it's too late.

Randy (Jamie Kennedy), who stood out in the franchise for being a horror movie fan, did not escape the hands of Ghostface, and his death was quite brutal. At the time of the crime, he is on the phone and in front of a van, when he is caught by the neck by the murderer.

So, he tries to resist the attack inside the vehicle, but not all his strength was enough for him to manage to evade the stab wounds. The moment they discover your body is also quite tragic.

In the first film, the death of Tatum Riley (Rose McGowan) was one of the most shocking. The character has been surrounded by Ghostface in the garage and it takes some time for her to realize she is in danger. Just when it looks like she's going to manage to escape through the driveway at the garage door, the killer opens the gate, which goes up and she has her neck pressed against the ceiling.

Also in Scream , there are two people behind Ghostface, Stu Matcher (Matthew Lillard) and Billy Loomis (Skeet Ulrich), and their deaths won the podium on this list. Stu was killed after Sidney Prescott managed to turn the tables. In addition to already being seriously injured from being hit by his own friend, he was unable to escape when Sidney threw a television over the killer's head, electrocuting him.

After Billy and Stu managed to be manipulated into a Sidney Prescott twist, Billy was caught being hit with an umbrella. Although he appeared to have died, he was still alive, but thanks to Gale Wheathers he was shot and gone for good.

The death of Casey Becker (Drew Barrymore) was the first to be shown in the entire franchise, appearing at the beginning of the first film. The scene is desperate and tragic, bringing moments of tension as the character is chased by the murderer in her own house, still seeing her boyfriend tortured in the backyard.

She was caught, murdered and her body hung from a tree, with her parents arriving home and seeing the tragedy that had happened. The murder is very remarkable and gave a good start to the saga.

With information: ScreenRant , We Got This Covered