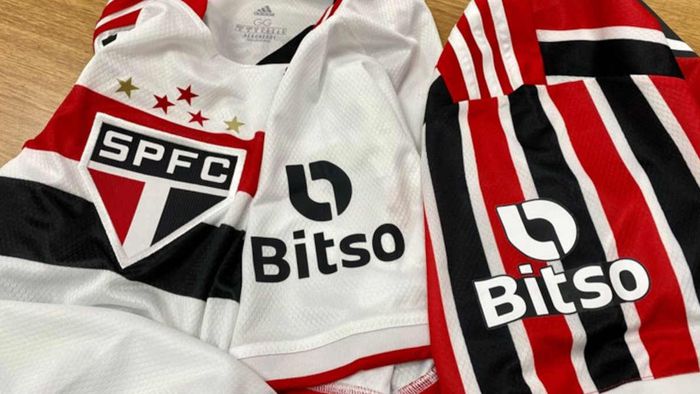 The Cícero Pompeu de Toledo Stadium, in Morumbi, São Paulo, must be the first in the world to accept payments in cryptocurrencies . This is the objective of the São Paulo Futebol Clube (SPFC), which announced this Friday (7) a sponsorship partnership with the Bitso cryptocurrency platform.

Eduardo Toni, SPFC's executive director of marketing, says that the intention is that already in the São Paulo Championship, the option of using these assets is available to the public. “Perhaps not in the first game, but at the beginning of the Campeonato Paulista, fans will be able to buy tickets with cryptocurrencies”, he says.

The partnership between the companies has an initial duration of three years and the amounts were not disclosed, but it is speculated that the investment will be around R$ 40 million for the entire contract. During this period, Bitso's brand will be on the sleeves of the team's official shirt and on the backs of training shirts. According to Bitso, the strategy is to make crypto useful and expand in the Brazilian market.

Beatriz Oliveira, head of marketing for Latin America at Bitso, the partnership is the kickoff of Bitso's support for Brazilian sport. “We work to show that the crypto market is reliable, safe and simple”, comments Beatriz emphasizes that the idea is to accept a broad portfolio of currencies at the stadium.

Companies promise many projects during the years they are together, but still do not reveal what they are. “Initially, the most important thing is to educate consumers about cryptocurrencies,” says Toni. “Education is very important for Bitso, which believes and bets a lot on Brazil”, completes Beatriz.

In addition to cryptocurrencies, the use of blockchain technology — which structures the use of digital money — is already in the plans of companies. "We've already talked about blockchain contracts and we can think of other certifications that use blockchain", explains Beatriz. “We are studying how to place associates in this project”, adds Toni.

NFTs are in the plans

In the next six months, it should be possible to buy other products and services inside the stadium with cryptocurrencies. The club already has a fan token, but it has not been performing well: when it was launched, it was priced at R$11 and now the value is around R$4.30, according to data from CoinMarketCap.

Beatriz claims that fan tokens and non-fungible tokens (NFTs) are in the plans of the partnership between Bitso and SPFC. “It is a very innovative market, with many possibilities. It's going to be a very intense year.”

At the end of 2021, the club registered the SPFC Bank brand with the National Institute of Intellectual Property (Inpi) in the category of “banking and financial services”. This could indicate that the SPFC may soon have its own digital bank.

There is no launch date for this project yet, but it should be a partnership between São Paulo and Logbank, a specialist in electronic payments. The club and the company will share the revenues obtained by the digital bank.