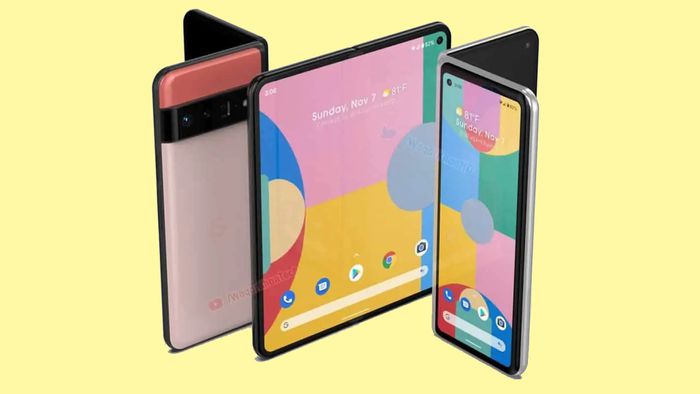 Google is getting closer and closer to announcing its first folding cell phone. The device is expected to be part of the Pixel line, and was identified in a test on Geekbench with several of its internal specifications, in particular in the performance aspect with processor model, RAM and operating system.

The product should come with the Tensor chipset, the same that was presented by the company with the launch of Pixel 6 — the use of this processor was already quite expected, as Google will implement its own components in more and more products. The platform has two maximum performance cores clocked at 2.8GHz, plus two high performance cores at 2.25GHz, and four for energy efficiency at 1.8GHz — the phone will also feature the Mali G78 GPU.

The benchmark test also showed that the foldable will come with at least a version with 12 GB of RAM, a feature similar to the Galaxy Z Fold 3 which should be its main competitor. Like the Samsung cell phone, the Pixel Fold may have 256 or 512 GB of internal storage, but this specification has yet to be confirmed.

The listing confirmed that the device will come with Android 12 installed at the factory, which is also no surprise, as the Pixel line tends to bring the most modern versions of Google's operating system. It's highly likely that the device will come with the newly announced Android 12L, a version designed for tablets, folding devices or other products with larger screens — so with multitasking optimizations, compatibility with multiple apps, and overall UI responsiveness.

Code-named Pipit, the device received 4,811 points in single-core and 11,349 points in multi-core in Geekbench 4, confirming the top-of-the-line features — it's worth remembering that Geekbench 4 scores are higher compared to Geekbench 5, even in tests that are done with the same hardware.

There is still no concrete forecast for the launch of Pixel Fold, and rumors previously released even pointed to a possible cancellation of the ad. However, the release of the benchmark test gives new impetus to the device, which may officially appear in the coming months.