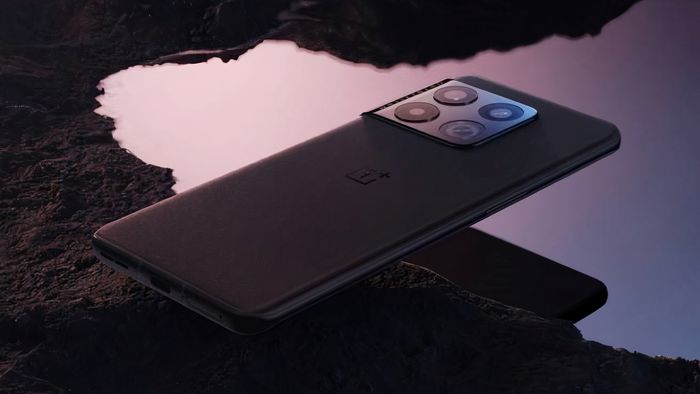 On the eve of launching its next top of the line, OnePlus announced the details and main news that the OnePlus 10 Pro will bring in photography. Equipped with the 2nd generation of cameras developed in partnership with Hasselblad, the cell phone brings four features that promise to offer the "most versatile experience in a OnePlus cell phone".

The first major new feature offered by the OnePlus 10 Pro cameras is what the company calls a "1 billion color solution", which basically refers to the phone's ability to record photos with 10-bit color depth on the three rear sensors. . According to OnePlus, the feature increases the coverage of the DCI-P3 color gamut by 25%, resulting in 64 times more hue processing power compared to the OnePlus 9 Pro .

The technology also ensures that the images do not have the so-called "color banding", an artifact in which the transition between colors in the photo generates visible bands in each tone, due to the lack of information.

The OnePlus 10 Pro also brings a new Pro mode, improved and optimized by Hasselblad, which supports the complete set of sensors and allows the capture of images in 12-bit RAW format, or even in the so-called RAW+, very similar to that revealed by Oppo with the MariSilicon X announcement . The function combines the benefits of RAW photos with the power of the manufacturer's computational photography algorithm, delivering more detail, dynamic range and color.

Another novelty is the huge field of view of the ultrawide lens, which reaches 150°, being significantly wider than that of most smartphones, equipped with lenses with a field of view between 110° and 130°. OnePlus guarantees that the increase will allow users to capture an even greater area of the scene, "encouraging creativity" thanks to the greater versatility.

The adoption of the wide field also made it possible to implement a Fisheye mode, or "fisheye", spherical photography with wide distortion, which gives the impression of having a great depth of field. Other than that, you can opt for a traditional shooting mode with 110° field of view and distortion correction with Artificial Intelligence.

Finally, the OnePlus 10 Pro will debut Movie mode, which implements precise adjustments to recordings such as ISO and shutter speed, and allows capturing in LOG format with color presets, a format similar to RAW, as it captures more detail with greater dynamic range and enable precise manual adjustments while editing, but geared towards videos. The functionality is very reminiscent of what Sony made available in the latest models in the Xperia line.

The new OnePlus flagship has already had the design and practically all specifications confirmed in recent days. The novelty comes equipped with Snapdragon 8 Gen 1 chipset, up to 12 GB of RAM, up to 256 GB of storage and a 6.7-inch Quad HD+ AMOLED screen, with a resolution of 3216 x 1440 pixels and a refresh rate of 120 Hz.

Highlights of today's announcement, the cameras are comprised of a 32MP front lens, along with a triple rear assembly with 48MP main sensor, 50MP ultrawide and 8MP telephoto with 3.3x optical zoom. On battery, the phone will employ a 5,000 mAh cell, with 80 W fast recharge and 50 W wireless charging.

The OnePlus 10 Pro will officially launch next week on January 11th, initially only in China. Other markets, such as Europe and the US, will receive the news soon.