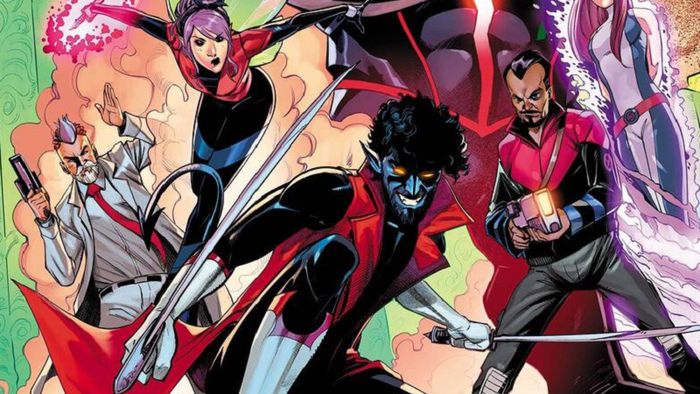 The Night Mutant isn't usually the first to be remembered when it comes to heading the X-Men — though he's led a few times before and has done so on the Excalibur parallel team as well. Now he returns to the role in the new Marvel Legion of X magazine, whose first issue comes out on April 20 in the US.

The series is a spin off of Way of X and follows recent developments from other X-Men magazines. Now Kurt Wagner leads his team against internal threats to Krakoa, the mutant island nation. The series will be written by Si Spurrier with art by Jen Bazaldua.

The team will be formed by Doctor Nemesis and Pixie, two characters revealed in Way of X , in addition to Dust, Fanatic (yes, the classic villain of the X-Men) and Blindfold. Since the founding of the mutated nation of Krakoa, Nightcrawler has gone through a crisis of faith, mainly due to the Resurrection Protocols used to revive dead mutants. He recently joined the Legion, son of Professor X, to stop a threat from growing inside Krakoa.

Now they are teaming up to do justice on the spot, though that's not very clear. "The Legion of X will do anything to protect the right of mutants to seek happiness and hope," says the Marvel statement.

"I've wanted to do a precinct-style ensemble story ever since I first read House of X. For the first time, the Marvel Universe has this densely packed, beautiful (and beautifully volatile) superhuman population, outdoors, everything All in one place. Need peacekeepers, of course… but it's a mistake to think of them as simply cops. You won't get far in Krakoa if the limit of your imagination is hitting people or picking up a weapon. Mutant civilization needs those who think differently," says author Si Spurrier.