JPMorgan: Ethereum begins to lose its dominance in the DeFi market 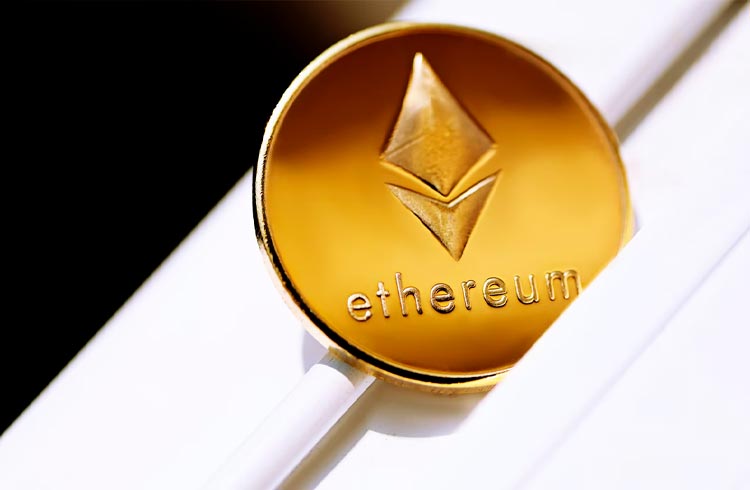 Ethereum (ETH) is starting to lose space in the decentralized finance market, as highlighted by Nikolaos Panigirtzoglou, director of the JPMorgan bank. According to the Executive, the network's share in this market fell by almost 35% in 12 months.

Among the main reasons for the drop is the rise of ETH competitors. With the popularization of DeFi, networks such as Terra (LUNA), Avalanche (AVAX) and Solana (SOL) emerged as strong competitors in 2021. As such, the supremacy of ETH is in danger of falling even further in 2021.

Still leader, but losing its domain

During an interview with Bloomber, Panigirtzoglou, as well as other analysts at JPMorgan Chase & Co., analyzed DeFi data. In fact, nearly two-thirds (63.1%) of the amount allocated to DeFi today is still in ETH.

That number, however, was nearly 95% in early 2021, according to data from the DeFi Llama . Therefore, nearly a third of that slice fell into the hands of rival protocols.

What was surprising in this list was the growth of LUNA, which, despite having only 15 protocols, accounts for 7.23% of the total amount allocated. In this sense, the network is ahead of giants like Binance Smart Chain (BSC) and SOL. 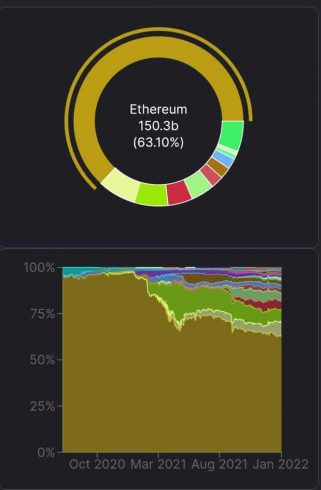 For experts interviewed by Bloomberg, the ETH will only gain breath again when the final phase of Sharding is completed. This is the most critical phase of scalability of the ETH network, but its completion will only take place in 2023.

In the meantime, the network's main competitors will still have room to conquer more market shares. After all, SOL, BSC and LUNA have received large volumes of investments and public attention.

“In other words, Ethereum is currently in an intense race to maintain its dominance in the app space. The outcome of this race is far from clear, in our opinion,” analysts at JPMorgan said.

On the other hand, Ether, ETH's native cryptocurrency, registered a 220% return in 2021. However, the loss of space between DeFi can negatively affect its price in the short term.

JPMorgan, particularly its CEO Jamie Dimon, has been one of the biggest opponents of the BTC in recent years. Dimon has already classified the BTC as “useless” and a “fraud” more than once. On the other hand, JPMorgan seems to have a completely different stance towards ETH.

In April of last year, analysts at the financial institution claimed that ETH is outperforming BTC. The so-called flippening, according to the bank, is a trend that should continue in the medium term.

In the analysts' view, BTC is a store of value, while ETH is a more complete technology. The bank highlighted that ETH is the backbone of the entire cryptoeconomy and that mining via Proof of Participation (PoS) is more efficient than mining via BTC.