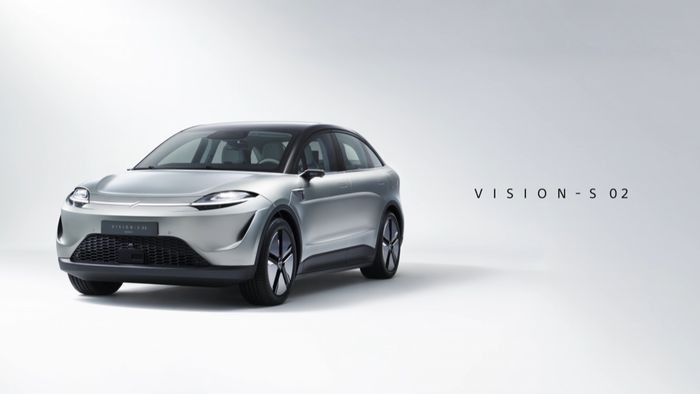 Since the 2021 CES , Sony has been part of the automotive industry news by introducing the EV Vision-S concept, an ultra-modern electric sedan. In 2022, however, the Japanese giant went one step further and brought yet another prototype vehicle to the world's premier technology event, showcasing the futuristic Vision-S 02 SUV.

Without revealing too many details about the car, the company said that, if officially released, the car could have the same powertrain as its brother sedan, which is also on the drawing board. It is a 536hp engine capable of reaching a top speed of 240 km/h and doing a 0 to 100 km/h in just 4.8 seconds.

The SUV concept also brings a robust autonomous driving package, with 40 sensors spread across its bodywork, in addition to cameras and radars that would assist drivers in traffic and in maneuvers such as beacons and lane changes.

Inside, both the SUV and the sedan are very similar and feature a 100% digital panel, luxurious finish, modern and intuitive interface. In addition, the car has a premium quality sound system, with speakers attached to the seats and headrests, much like what the Nissan Kicks 2022 already does.

Data on autonomy and versions are currently non-existent, but should emerge sometime in 2022. More information is expected to be revealed when Sony's mobility company, Sony Mobility, gets off the ground, something that should happen in the second quarter of 2022.

Sony does not confirm, but wants to turn its Vision-S concepts into reality. It remains to be seen when.