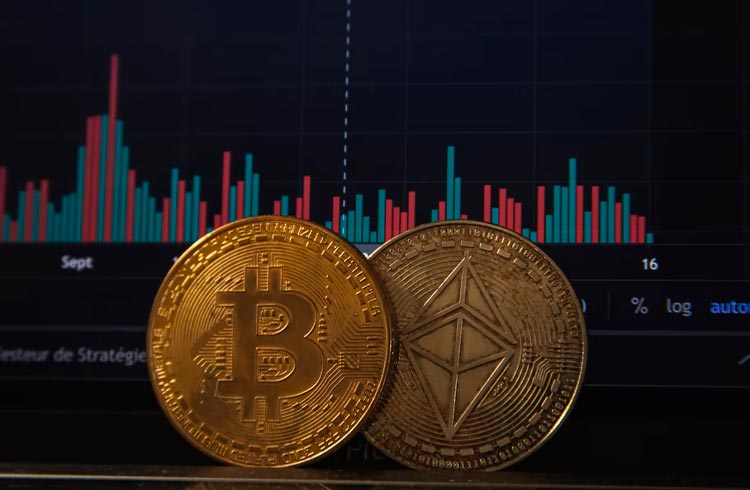 Bitcoin price opened on Thursday (6) at a sharp drop of 8% and, as a result, lost support from US$ 45,000. Currently, the price of the largest cryptocurrency on the market is 42,904, according to data from CoinMarketCap.

The market value of cryptocurrencies dropped 9% to $2.03 billion. Trading volume, on the other hand, grew 33% and reached US$ 137.6 billion.

With a 9% drop, the total market value of cryptocurrencies lost around US$ 200 billion, which corresponds to R$ 1.1 trillion at the current price. The Crypto Fear & Greed Index remained at its extreme level, but dropped to 15. This is the lowest level recorded since July 21, 2021.

The fall of the BTC and the market as a whole came after the release of the minutes of the Federal Reserve (Fed), the central bank of the United States. According to the document, the Fed may have to raise interest rates sooner than expected.

In the same sense, the monetary authority owes its general asset portfolio to contain high inflation. That is, the Fed can start selling assets in the market instead of injecting liquidity.

As the latest Fed report revealed, there are about $8.8 trillion in your balance sheet. The fear is that part of these sales may cause the price of several assets to fall, harming stock markets.

As a result, all risky assets declined after the minutes were released. The S&P 500 ended Wednesday's trading session down 1.94%. The Nasdaq Composite, which includes technology companies, fell 3.34%. In Brazil, the Ibovespa index dropped 2.42% and closed close to 101 thousand points.

Also Read: Dogecoin ready to bully as soon as key resistance is broken