Miracleman to be republished in Marvel in US luxury edition 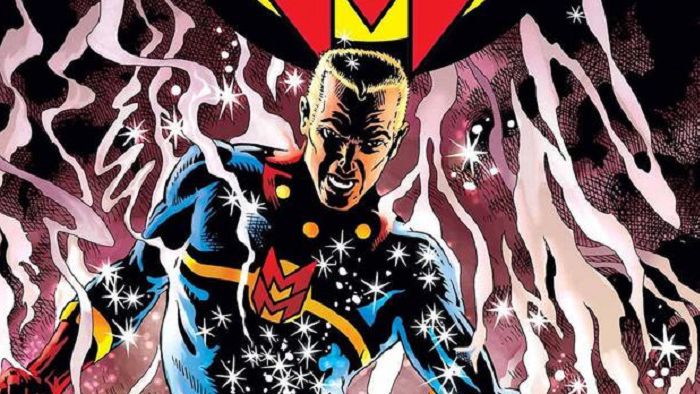 Miracleman, a 1950s character who was renovated by authors Alan Moore and Neil Gaiman in the 1980s, will win another edition of Marvel in the US. And this time with a lot of luxury. Miracleman Omnibus will bring together all the superhero stories of British origin written in that decade. Stories authored by character creator Mick Anglo will not be included.

This first edition of Omnibus, which will also include a collection of covers, original artwork and rare content, will include:

Miracleman's alter ego is freelance reporter Michael Moran, who discovers he has divine powers by speaking the magic word "Kimota" (something like "atomic" in English, in reverse). The hero emerged in 1954 under the name Marvelman, as a way for publishers L. Miller & Son to replace Captain Marvel (Shazam, as he is now called), shortly after losing the US hero's publishing rights.

The original series lasted until 1963, but in 1982 the Warrior publisher revitalized Miracleman with scripts by Alan Moore. His passage through the character became one of the most acclaimed works in the superhero genre. Moore brought a more sober tone and elements of the übermensch of the philosopher Friedrich Nietzsche, showing that the hero's enormous power has immense consequences on humanity. It is a discussion that takes place in other works signed by the British genius, such as Watchmen .

During the 1980s, there was a change of editor (to Eclipse), the name was changed from Marvelman to Miracleman to avoid lawsuits from Marvel, Moore left and left it to Neil Gaiman to continue the stories. But Eclipse went bankrupt even before Gaiman finished his story. And this persists to this day, due to a series of legal problems over the ownership of the character, which involved or involve creator Mick Anglo (died 2011), Moore, Gaiman and even Todd McFarlane (creator of Spawn), who bought the estate of Eclipse in 1996.

One of the bizarre consequences of this is that Moore is credited as "the original writer" in recent republications of Miracleman's classic bows. The reason is not known for sure, but it is probably a right clause between him and Marvel, owner of the character since 2009. After all, the Briton had terrible experiences working with Marvel and DC and does everything to unlink his name from any source of income for the two publishers. On the Marvel website with the announcement of the Omnibus edition, Moore's name is not even mentioned.

The fact is, Marvel doesn't look like it's going to let go of that bone. So much so that Miracleman has good chances of being used in Timeless , current saga published by the publisher. The character's logo appeared in the final comic of the first issue of the new magazine. And for years, Marvel has promised to end Gaiman's unfinished arc of the 1980s. Will it now?