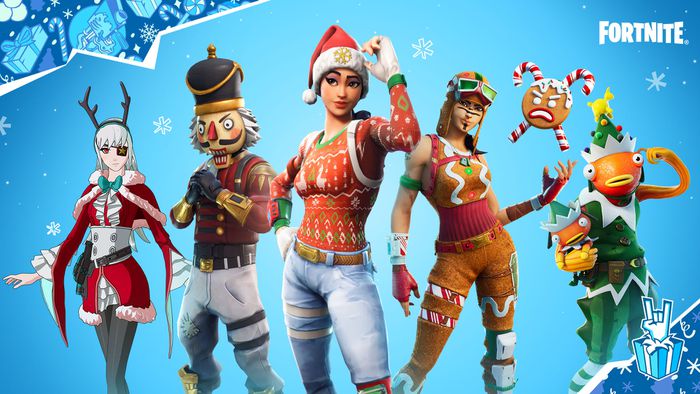 Epic Games has finally unveiled the latest Fortnite Winter Festival gift: a Crescent Mushroom Pickaxe. All players who open the game will receive the reward during January 7th, at 9:00 pm (GMT), until January 10th, at 9:00 am. The item will be available for purchase in the Store after this period.

During this period, the game will also have an Accelerated Level Weekend, where players can gain experience more quickly. According to Epic, this is a way to “thank everyone for their patience with the login issues in December ”.

To thank everyone for their patience with the login issues in December, we will have an Accelerated Level Weekend from 21:00 BRT 7/1, until 9:00 BRT 10/1, and we will give everyone who logged in during the event the new Crescent Mushroom Pick Before Launch In Store! pic.twitter.com/nosX3T5ChJ

In France, the local profile of the game stated that this will be the last gift from the Winter Festival Chalet. The game has had a bug for days indicating that there is a gift left to be redeemed at the Cottage, but nothing is available.

The pioche Tranchampignon est le cadeau supplémentaire that you'll ne pouvez pas ouvrir ! It will be envoyé after the end of the Fête Hivernale.

“The Crescent Mushroom Pick is the extra gift you can't open! Shipping will be made after the end of the Winter Festival.”

Fortnite is a free online game and is available on PlayStation, Xbox and Switch consoles, as well as Android phones and PCs.