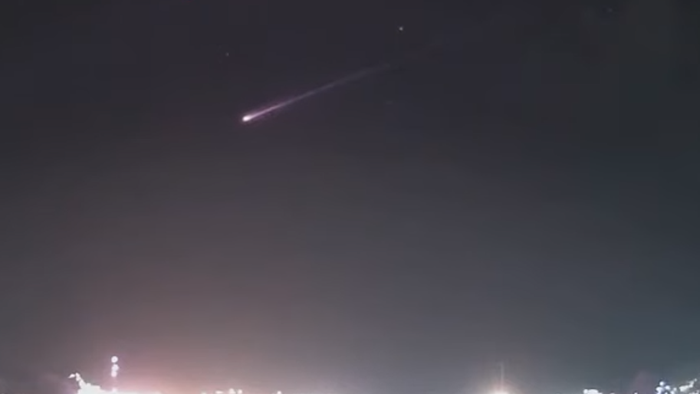 An old Soviet satellite reentered the atmosphere crossing the skies of some southern Brazilian states, on January 3rd, around 21:03. The Cosmos 1437 satellite remained in orbit for almost 40 years and the moment of its crash was recorded by several cameras.

As the satellite traversed the atmosphere, it was observed in three Brazilian states: Rio Grande do Sul, Santa Catarina and Paraná — in addition to Uruguay. The Brazilian Meteorological Observation Network (BRAMON) station in the Santa Catarina city of Monte Carlo recorded the event in the video below:

On social networks, there are reports of people who mistook the object for a bolide, that meteor similar to a fireball. Some even thought it was the passage of some Starlink satellite from SpaceX .

But after orbit analysis and imaging, BRAMON concluded that it was an old spy satellite used by the Soviet Union, Cosmos 1437. It was launched into orbit on January 20, 1983 by the Vostok-2M rocket, but it was long overdue. disabled.

Over time, any object in orbit will lose altitude—that is, it will gradually fall. Therefore, the re-entry of the Soviet satellite was not a surprise, as it was already scheduled for the day and time of the event.

Based on the satellite's orbital information from three hours before its re-entry, Aerospace predicted the event's location and time with great accuracy. Then, the Cosmos 1437 would cross Brazil around 9:02 pm on January 3rd.

Below, you can see the reentry of the satellite through the cameras of Exoss Citizen Science, a non-profit organization that studies and observes meteors:

The re-entry of Cosmos 1437 did not pose any threat to the residents of the cities through which it crossed the sky. Much of the satellite burned during its journey through the atmosphere, and any leftover pieces of it probably fell into the ocean.