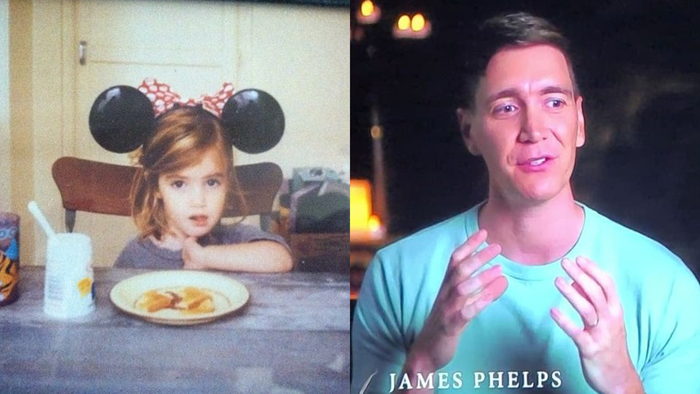 When HBO Max released the Harry Potter: Back at Hogwarts special , many fans pointed out the error involving Emma Roberts' photo in place of Emma Watson's , a trade that went viral on the internet. However, another confusion also occurred in the film: Oliver Phelps was identified as his identical twin brother, James, just like what happened in the movies of the magical franchise in which Mrs. Weasley confused her children Fred and George.

"I think after all those pranks over the years, someone decided to get even," joked the actor on social media. "It was fantastic to be a part of the Harry Potter meeting," wrote Phelps. The confusion sparked banter among the cast, such as Tom Felton, interpreter of Draco Malfoy, who "taken responsibility" in the comments.

“It was my doing,” he wrote, using snake and lion emojis to refer to Slytherin and Gryffindor.

Already with Emma Watson, many fans ended up commenting on the photo of Emma Roberts that ended up being shown in the special. The publication, made in 2012, had numerous comments marking HBO Max and the actress. "Very well observed, Harry Potter fans! You've brought our attention to a mistake in editing a photograph. The new version is coming," the film's producer said in a statement to The Wrap.

But the correction of the two confusions came sooner than fans thought: according to DEADLINE, a new version of Harry Potter: Back at Hogwarts is now available to subscribers in the HBO Max catalogue.

The streaming service is also home to all the movies from the Harry Potter saga and the derived saga Fantastic Beasts .