When Morbius opens in cinema 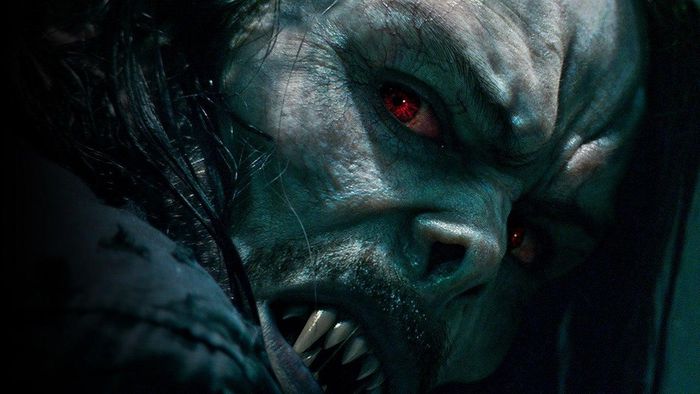 The release of Spider-Man: No Return Home was a real party, a celebration of the hero's story on the big screen. However, now that the adrenaline has subsided, we want more of this universe. And that's why the inevitable question arises: when will Morbius debut in theaters?

The film is part of this cinematographic universe that the studio is trying to build around Amigão da Vizinhança, as already happens with Venom . So much so that the trailers have already shown some connections with the symbiote and even with the villain Vulture (Michael Keaton), from De Volta ao Lar .

But this return to Sony's spiderverse will take a little longer than we expected. Previously scheduled to hit theaters on January 27th, Morbius will only premiere on March 31st in Brazil — almost four months after the premiere of Spider-Man: Sem Volta para Casa.

And the new postponement is just one more in Morbius ' vast list of date changes — there were six in all. Sony's original idea was for the feature to hit theaters in 2020. The problem is that when the film was finished, the covid-19 pandemic closed movie theaters around the world and the studio had to change its schedule a few times to ensure that the Living Vampire had its moment to shine on the big screen.

And it's interesting to follow the dance of the dates just as we were optimistic about the duration of the pandemic at the start of it all. When the first isolation measures began to be applied around the world, the studios believed that this would be something that would only last a few weeks and Morbius was postponed from July 10th to July 31st, 2020.

However, as you are well aware, things have taken a lot longer than anticipated and soon Sony had to revise this agenda. That's when the feature was pushed to March 19, 2021 — which also didn't materialize, as the date coincided precisely with the peak of the second wave of covid-19 in many countries.

Basically, the chair dance was as follows:

So, we hope that now the most recent date remains and that we don't have any more twists that will force the film to be played for the second semester.

What do we know about the movie?

To be quite honest, Sony has revealed little about Morbius so far. The two trailers present well the story of the doctor played by Jared Leto who, in an attempt to cure a disease that deteriorates his body, performs genetic experiments with bats that transform him into a species of living vampire. However, apart from that, the rest of the story is still a great mystery.

So much so that we don't even know who the greatest threat in history will be. In the comics, Morbius is a Spider-Man villain, so it's hard to imagine how the studio will present that, as we're unlikely to have Peter Parker trying to arrest Jared Leto or anything like that. So it's quite likely that we've got some FBI agent or something like that looking to hunt down the transformed scientist.

Another big question that hangs around the film is its connection with the hero and the rest of Sony's spiderverse. As said, the trailer mentions Venom and also shows the Vulture, but these two characters inhabit different universes, with the villain Keaton being inside the Marvel Cinematographic Universe (MCU, its acronym in English).

Furthermore, we know that Morbius is in a world where Oscorp exists, the great company created by Duende Verde — which does not exist in the MCU, as Sem Volta para Casa revealed. On the other hand, there is a photo of Spider-Man by Tobey Maguire in one of the scenes present in the trailer, which only complicates this salad of realities in the film.

For this reason, one of the great questions that Morbius raises is precisely in which universe he takes place. The expectation is that the plot justifies all these mentions and that we leave the cinema knowing exactly how all this is connected.