The 10 most anticipated new series seasons for 2022 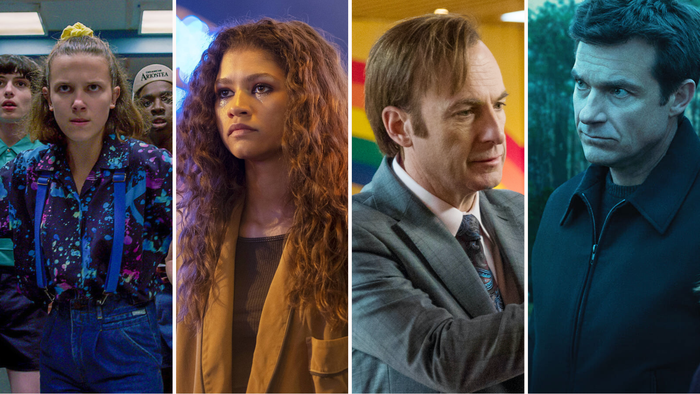 The year 2022 will be the stage not only for the premiere of highly anticipated series , but also for new seasons of those series that everyone watches and loves. And it's not just new episodes coming out there, no, as some series are reaching their final stage and saying goodbye.

Among the season releases we'll see in 2022 are Better Call Saul and Ozark , who earn their latest episodes; the long-awaited fourth season of Stranger Things , which is set to open two years after the third; and Bridgerton , which became the second most watched series on all of Netflix.

To help you prepare the calendar with the new 2022 seasons, check out the list that A Market Analysis has prepared!

2022 begins with the premiere of the third season of Servant , the original Apple TV+ series. The plot is a psychological thriller set in the lives of the Turner family, who are facing great trauma. But what seemed to be the solution to the problems turns out to be a mysterious terror.

The premiere takes place on January 15th on Apple's streaming platform, and the fourth and final season is already confirmed.

Killing Eve is ready to say goodbye in 2022, when its fourth and final season premieres. The series, set in Europe, follows the life of Eve (Sandra Oh), a secret agent who ends up getting too involved in the capture of an assassin, Villanelle (Jodie Comer), creating a mutual obsession.

The season premiere is scheduled for February 27th , but there is still no information about the arrival of the new episodes in Brazil.

In late 2020, Netflix released Bridgerton , based on a series of books of the same name, and the production soon became a success. The plot became the most watched series on the platform in the world, having this post dropped soon after by Round 6 . The sequel is already scheduled: March 25th.

One of Netflix's most popular series will be back in 2022 for its fifth season: The Crown . The production, which tells the story of Queen Elizabeth II, debuted with royalty as a young man and should come to an end these days, or very close to it. The premiere takes place in mid-November, but the exact date has yet to be revealed.

Meanwhile, all four seasons of The Crown are available on Netflix , the last one bringing Princess Diana into history.

Another long-awaited debut for this year is The Marvelous Mrs. Maisel , the original Amazon Prime Video series. The plot opens its fourth season on February 18, telling the story of Midge Maisel (Rachel Brosnahan), a woman who is tired of her ordinary wifely life in the 1950s and ventures into the world of comedy.

Until premiere day, you can marathon all three seasons of The Marvelous Mrs. Maisel on Prime Video .

This Is Us is also saying goodbye in 2022, with the sixth and final season premiering on January 4th. The series, one of the most emotional in recent times, tells the story of the Pearson family in the present, past and future. The family consists of a mother, father and three children, and over the seasons we checked everything that happened in the lives of each member.

The sixth season of This Is Us arrives in Brazil on Star+ .

The farewells are not over yet, as Ozark also debuts his last season in 2022, more precisely on January 21st. The final season will be split into two parts, bringing a closure to the dangerous story of Marty Byrde (Jason Bateman), a man who had an ordinary life until he got involved in a money laundering scheme and got his whole family into it.

The last farewell on the list is from Better Call Saul , a series that shows the events that preceded the story of Breaking Bad , one of the biggest hits in the world of series. The plot, however, focuses on the character Saul Goodman, who is actually called Jimmy McGill, introducing us to the transition process to the cartoon lawyer we already know.

The sixth and final season opens in two parts in 2022, but dates have yet to be confirmed. Better Call Saul is available on Netflix .

Another long-awaited debut is the second season of Euphoria , which arrives on HBO Max after more than two years of waiting. The release takes place on January 9, with Zendaya back as the character Rue, a teenager who has been struggling with drug addiction.

It's close to the premiere, but in the meantime you can check out the full first season and two more special episodes on HBO Max .

In 2022, the fourth season of Stranger Things finally lands on Netflix, and the release should take place when the plot completes two years without new episodes. The series stopped when Hopper left a sad farewell letter to Eleven, who had to move from Hawkins. Little has been released about the new episodes, but we already know that there will be many twists and turns and the season promises not to have lost its fun and terrifying essence.

While the official date is not released, you can check out the three seasons of Stranger Things on Netflix .