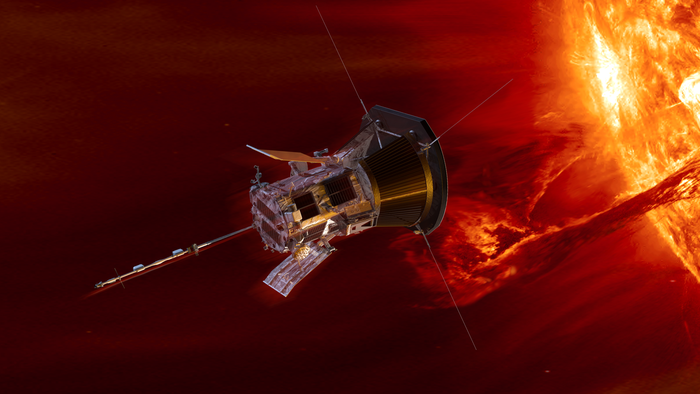 The Parker Solar Probe spacecraft filmed its passage through the solar corona, recording spectacular images of the “solar fluxes” ejected by our star. Normally, these structures are seen only during solar eclipses, but NASA 's spacecraft managed to record them during one of its flybys of the Sun last year, when it "touched" the Sun.

Launched in 2018, the Parker Solar Probe has been gradually approaching the Sun to better understand our star's activity. In April, the probe made a new flyover and identified the star's magnetic and particle conditions, which indicated to scientists that it was in the solar corona. Data from this passage were released in December and include the video below, with some mysterious structures from the Sun.

The video was taken by the WISPR instrument (Wide-field Imager for Parker Solar Probe), created to study the density of electrically charged particles and the structure of the solar corona. According to information from the Laboratory of Applied Physics, at Johns Hopkins University, the structures appear as bright formations, moving up and down.

The bright bands through which Parker is traveling are coronal fluxes, formed by electrically charged gases and plasma connecting the two opposite poles of the Sun. These fluxes extend into the solar wind and glow depending on the electrons in them — these are the structures that they can only be seen from Earth during solar eclipses .

Also, if you watch the video closely, you'll find the Milky Way glowing in the background and some planets, including Earth. Although NASA has not officially confirmed what they are, astrophysicist Grant Tremblay and computer scientists Karl Battams and Andrew Phillips have made some identifications: the first to appear are Mars, Mercury, Venus and Saturn. Then come Earth and Jupiter.

During the April flyby, Parker passed within 13 million kilometers of the photosphere, the visible layer of the Sun, where it recorded a "pseudoflux". "Going through the pseudoflow was like flying through the eye of the hurricane", described NASA at the time, because, according to the space agency, the spacecraft found calmer conditions and fewer particles there, compared to the regions of its previous flyovers.