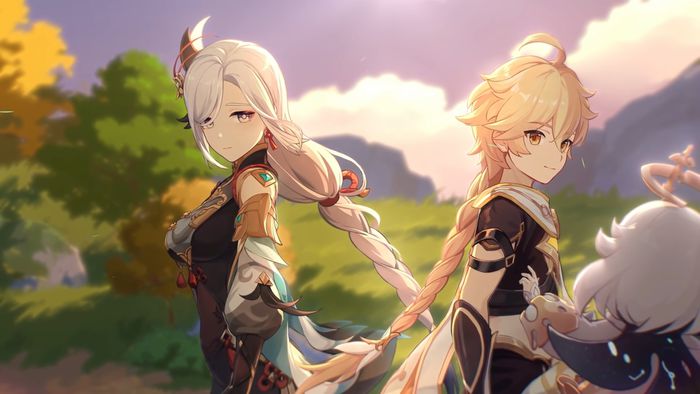 Genshin Impact released new videos showing the skills of Shenhe, the cryo element spearman who will be the newest 5-star character in the game. In the video, we see her and her connection to Cloud Retainer and also Chongyun.

In the video that shows the skills, we can see a little about Shenhe's moves. The Elemental Ability, "Spiritual Summoning", grants the "Cold Feather" effect to your team, in addition to having its functions if the move is pressed or only activated.

Briefly pressing causes Shenhe to push forward, bouncing his enemies and dealing cryo damage in a straight line. If you press the attack, the adepti will launch the blow in the area. Icy Feather increases teammates' Cryo damage, escalating with your current attack. If a teammate's attack with Icy Feather activated hits multiple enemies, the damage will continue to activate multiple times and will increase with the number of enemies hit.

Quick activation improves teammates' elemental and supreme skill damage. In fact, the ultimate of the new character, called "Enchantment of the Divine Maiden", casts a spirit from the magical talisman, dealing cryo damage in area, creating a field that lowers enemies' Cryo and Physical resistance, as well as continuing to deal cryo damage with the passage of time. You can check out the character's abilities in detail in the video above.

In addition to the video detailing her abilities, the character's history was also revealed, showing that the demon exorcist is an apprentice of the Cloud Retainer and an Adepti of Liyue. She is still Chongyun's aunt, another Genshin Impact warrior and also an exorcist. Also shown is a video in which the character helps the young man to defeat a mage from the abyss.

Another video shows how Shenhe probably lost her family before being found by Cloud Retainer and trained to become her successor. It is still possible to see that the spearwoman will eventually come into contact with the Voyager, the main character of the plot, and reveal to be the successor to Liyue's Adepti.

Genshin Impact is available for PC, PlayStation 4 , PlayStation 5 and Android and iOS devices. A Nintendo Switch version has been announced and is still in development.