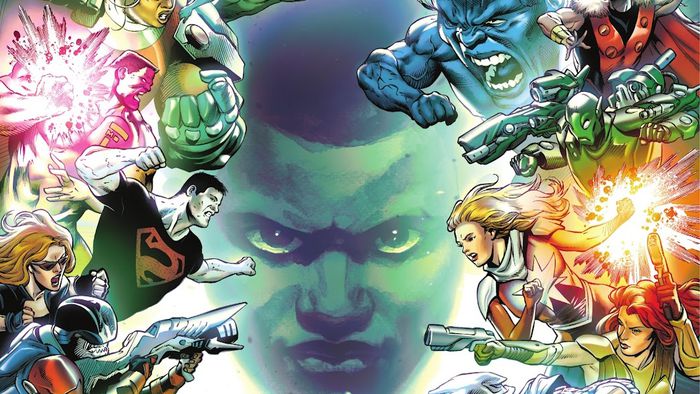 DC and Marvel have copied characters from each other a few times. In Suicide Squad No. 11, new comic that came out in the US, we see a version of the Avengers called Retaliators, a super team that, unlike others in the past, practically admits that they are a parody.

In the story, written by Robbie Thompson and drawn by Dennis Hopeless, Amanda Waller sends Suicide Squad to Earth-8 on a test mission against the Retaliators to discover her team's true firepower. But who are they?

In the Multiversity character guide, a saga created by Grant Morrison, readers have discovered or rediscovered several DC Multiverse teams. In aforementioned Earth-8, the Retaliators rule as the "most powerful heroes in the world" — yes, they even parody the Avengers slogan.

When the team comes face to face with the Retaliators, Ambush Bug breaks the fourth wall — that is, speaks to readers — with a description of each character that alludes to the Marvel heroes who inspired them: Machine-Head (the generic Man of Iron) is someone with "an iron will", Red Dragon (Black Widow) is "a spy with a dark past", Wunda Jin (Thor) wants to "hammer" the team, Purple Rain (Scarlet Witch) would be "a witch with vision" (get it ? ), Behemoth (Hulk) is a "hunk" ("chunk"), and Ladybug (Spider-Man) is someone you don't want to get "tangled up in her web".

If the parody isn't wide open enough, Ambush Buga takes on a Stan Lee- like appearance as he tells readers, "It's not as cool as Amalgam Comics, but this should be fun."