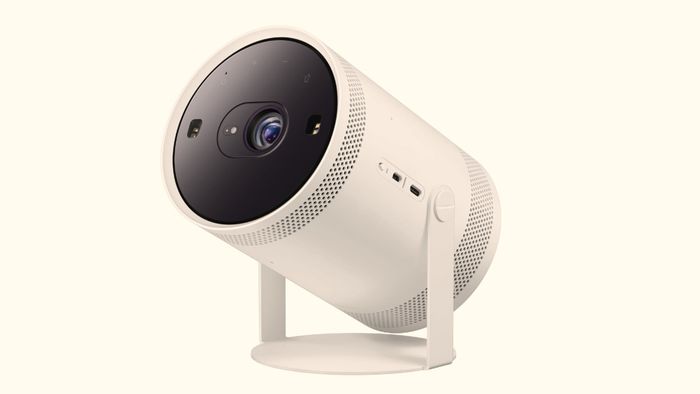 CES 2022, an event where the world's leading electronics manufacturers reveal new products from their portfolio for the next few years, takes place from January 5th to 8th, but companies are already starting to disclose some of the news they will present during the period. An example is Samsung , which revealed on Tuesday (4) its new portable projector, The Freestyle.

The Freestyle is a smart-featured projection screen that can also act as an ambient lighting device, in a lightweight, portable form factor made for easy streaming of content anywhere.

In addition to portability, The Freestyle also has a versatile cradle with sensors, which allows automatic rotation of the device and its projection up to 180 degrees, which together with the device's auto focus feature eliminates the need for separate screens for project content onto surfaces such as floors or walls crisply, in sizes up to 100 inches.

Samsung is also touting The Freestyle as the first projector on the market to include far-field voice control, allowing users to choose their favorite voice assistants to control the device vocally.

From Samsung's Tizen platform, The Freestyle projector will offer its users Smart TV features such as integrated streaming services and mobile device mirroring and streaming options. Also, while the device is not projecting content, it can be left in ambient mode, where it can serve as a source of light for the location where it is installed.

Finally, the projector also doubles as an intelligent speaker, which analyzes music to pair visual effects that can be projected onto the wall, floor, and elsewhere, plus a dual passive radiator that delivers crisp, clear bass. deeper without distortion, according to Samsung.

The projector will go online pre-order in the US today (4), but there is no news about its release in other regions. For the curious, more details of the device should be revealed January 5-7, during CES 2022.