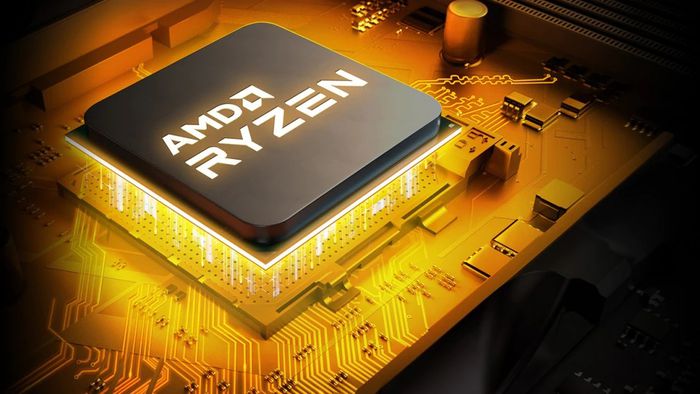 Rounding out its vast list of announcements for CES 2022, AMD has made it official that its next-generation processor will be the Ryzen 7000, based on the long-awaited Zen 4 microarchitecture. Infinite, and unveiled the new Ryzen 7 5800X3D, the brand's first for consumers to feature 3D V-Cache technology.

Code-named Raphael, the next generation of Ryzen processors has been confirmed by AMD, being called the Ryzen 7000 . The company also revealed that the components will be the first based on the new Zen 4 microarchitecture, manufactured in 5nm lithography, possibly by TSMC .

The solutions are at an advanced stage of development and are at the testing stage in the company's labs, which took the opportunity to make a brief demonstration of the CPUs in the game Halo Infinite. The video doesn't actually show performance data, but AMD CEO Dr. Lisa Su confirmed that all cores of the chip in question were running at 5.0 GHz, an impressive feat previously achieved only through overclocking.

Other than that, it was also confirmed that the Ryzen 7000 will premiere the AM5 platform, marking the first change of socket red team since the release of Ryzen 1000. The solutions will follow Intel rival steps to employ support DDR5 memory and new bus PCI- And 5.0, therefore, it should offer a significant increase in the speeds of RAM, storage and other peripherals.

According to AMD, the new CPUs are on schedule, and should therefore be made official in 2022, in the second half. If the giant maintains the launch window of previous generations, it is possible that the components will be revealed between September and October.

The company took the opportunity to announce the Ryzen 7 5800X3D, the long-awaited processor powered by 3D V-Cache technology, with additional cache via memory stacking. The chip maintains most of the specifications of the traditional 5800X, but undergoes modifications due to the adoption of the 3D cache.

The 8 cores and 16 threads and the consumption of 105 W were kept, but they reach lower clocks, with a base speed of 3.4 GHz and a boost of 4.5 GHz. AMD didn't elaborate on the reasons behind this modification, but cache heat is likely to be one of them — this was one of the concerns during development as the heat from the cores could affect memory areas.

Of course, cache is another point undergoing change, going from the 32MB on the 5800X to an impressive 96MB on the 5800X3D, thanks to the 64MB deployment. As a result, 15% average gaming performance gains are promised compared to the Ryzen 9 5900X, which would put the chip even ahead of the Intel Core i9 12900K.

Still without an announced price, the Ryzen 7 5800X3D will be available during the Northern Hemisphere Spring, between the months of March and May. There doesn't seem to be any other models that use the feature either — the 3D V-Cache technology should be kept exclusively on the 5800X3D, at least initially.