Fiat retires four cars at once in Brazil; see which ones were 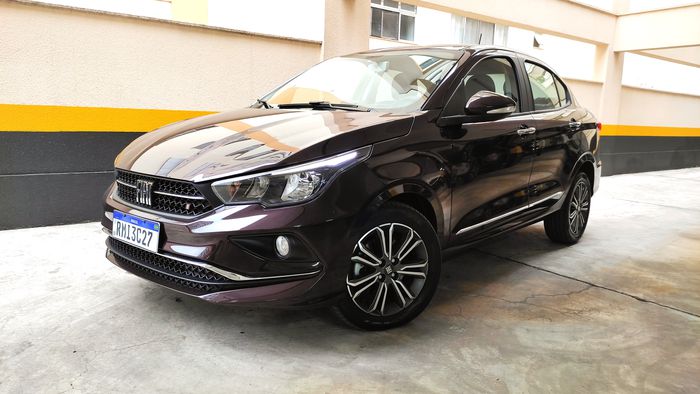 The L7 phase of Proconve (Program for the Control of Air Pollution by Motor Vehicles) is starting to take victims in the Brazilian automotive market and automakers need to adapt quickly. In the case of Fiat, the new emission and noise standards made the Italian brand remove, at once, four cars from its catalog in Brazil: Grand Siena, Doblò, Argo 1.8 and Cronos 1.8 .

These models, despite being very different, are equipped with old-fashioned engines and, in the specific cases of Siena and Doblò, they lack mandatory safety equipment, such as stability and traction controls. Add to that the cost-benefit and we have the formula that helped in this forced – but also planned – retirement.

Fiat Grand Siena is one of the most used automobiles by application drivers and taxis , as it brings relative comfort and good consumption level. However, the 1.0 and 1.4 Fire engines are already outdated in technology, as well as being more polluting than the current 1.0 Firefly three-cylinder.

The Fiat Doblò, on the other hand, is one of the most antiquated minivans on the market and does not have many advantages beyond its vast internal space. Its production cost, low sales number and use of the 1.8 eTorq engine were the reasons why it will be discontinued.

Launched in 2016 and 2018, respectively, Argo and Cronos are more modern projects, but they also have lows in their lines. The top-of-the-range variants with the 1.8 eTorq engine, already evaluated here at A Market Analysis , will be replaced, in principle, by models with the 107hp 1.3 Firefly engine, the same one that equips the Fiat Pulse and which is already updated to the new Proconve standards L7.

In addition, these cars should receive another innovation in the Fiat line: the automatic transmission of the CVT type, which debuted in the compact SUV and which has already been installed in the new Fiat Strada Ranch. This transmission is ideal for this type of engine, as it extracts the best performance with honest consumption.

Fiat does not confirm, but 1.0 Turbo GSE versions of Argo and Cronos should only appear in a new generation of cars, which may, in the future, be upgraded to reach premium compact status, competing with models like Volkswagen Polo and Virtus , as well as Nissan Versa .