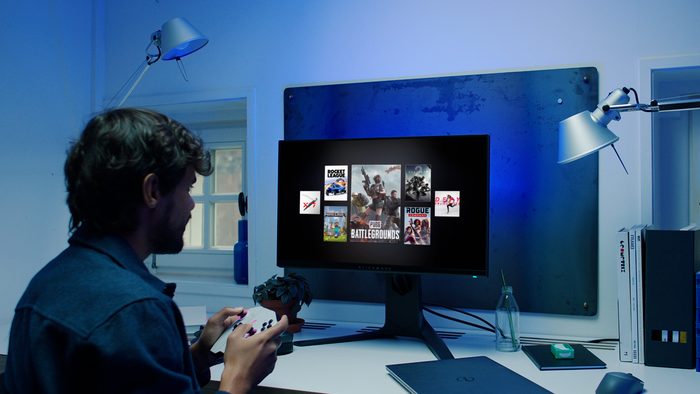 Dell announced during CES 2022 this Monday (3) the Concept Nyx, the brand's new experiment for gamers. The novelty is based on the so-called Edge Computing (or Edge Computing), a concept used in servers that aims to bring users closer to data processing centers, and offer a seamless experience for multiple simultaneous players on different platforms and with as little as possible of latency.

Dell Concept Nyx is a game server for your home

Still in the concept stage, at the beginning of development, the Nyx is being designed by the Alienware Experience Innovation Group (EIG), the same team responsible for the curious Concept UFO , a supposed rival to the Nintendo Switch and Steam Deck , as well as for the concept it gave origin of the Alienware X15 and X17 laptops , the thinnest ever released by the company.

The idea is very reminiscent of the principle of streaming games, but it would work locally, managed by a central installed in the house. In Dell's hypothetical situation to exemplify the use of Nyx, the user could be playing on a desktop in the bedroom and, when needing to move to another room in the house in front of an appointment, would not have the need to stop the gameplay session.

With the concept control, it would be possible to continue playing games from a TV, notebook or even cell phone in any other area of the residence, exactly from the point where the previous session was interrupted. The giant claims that this is "the future of gaming" and explains that it intends to use Edge Computing to bring that vision to reality.

The Concept Nyx would be powered by a kind of "processing center", shaped similar to an Xbox Series X , but significantly larger, to offer high computing power. Considering that the concept is still at an early stage of development, Dell has not revealed which hardware configurations would be applied to the machine, but it is possible to assume from the ambitious proposal that the computer should bring a very powerful set.

The transmission would be done through an app and, despite following a similar structure to streaming, it would have higher bandwidth and latency below 10 ms, since the games would be running locally. Nyx also seeks to make gameplay access simpler, similar to watching a movie or series on a platform like Netflix , thus attracting all types of gamers.

Another focus is to enable users to play what they want without "disturbing other family members", since there would be no stress being applied to the Wi-Fi network. The manufacturer is also studying the possibility of the device transmitting the signal to up to 4 users simultaneously, and even enable locally processed online multiplayer. As a concept, the Dell Concept Nyx has no release forecast, specifications or even price yet.