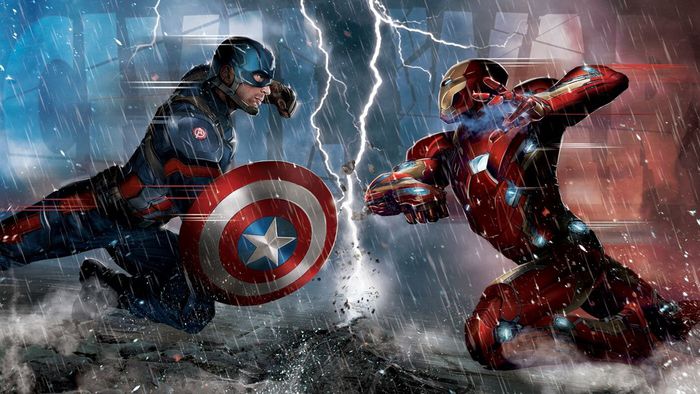 Captain America and Iron Man for many decades were great friends in the Avengers, but that changed slightly when they faced each other directly in the Civil War HQ, which inspired the movie Captain America: Civil War 2016. And how are they today? That's what the new Captain America/Iron Man #2 magazine, launched in the US, tries to answer.

In the new arc, written by Derek Landy and designed by Angel Unzueta, the Captain has a conversation with Tony Stark about being heroes while chasing the villain Veronica Eden. The two recall the events of the Civil War and Steve Rogers admits to his colleague that he didn't hate the idea of having super teams spread across the country, but he didn't like the fact that it was bankrolled by the government.

Captain America tells Iron Man that Stark's heart was "in the right place" with the initiative, but when Golden Gladiator begins to criticize himself as an "egomaniac and narcissist", Rogers tells him that he knows the real Tony, and that's not him.

Iron Man asks why Steve is being nice, and Captain America replies, "Of course I am. You're my friend." Tony quickly points out that Roger is being weird and asks him to "give up" on it. A cute moment, no doubt about it.

Well, it seems that the quarrels between the two are behind us, as the scene suggests. She regains some of the old chemistry that existed before Stark and Rogers clashed in the 2006 comic. Less dark days should come for both of them.