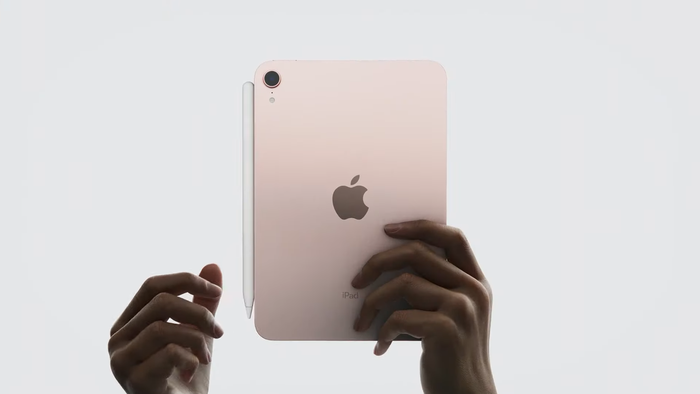 With a Gross Domestic Product (GDP) of R$7.5 trillion — calculated by the Brazilian Institute of Geography and Statistics (IBGE) in 2020 —, Brazil's economy is equivalent to less than half of Apple's market value. The company reached US$ 3 trillion (almost R$ 17 trillion) in appreciation this Monday (3). On this first trading day of 2022, the company's shares rose 3% to reach US$182.88 (R$1,030).

Apple is the first company to reach $3 trillion — and that's less than four years after surpassing $1 trillion (BRL 5.6 trillion) in August 2018. In October, Microsoft assumed the position of most valuable company in the world, but in November, Apple regained the top spot. As of November 15, the company has added half a trillion dollars to its market value.

The company's shares are among the best performing in the world. And the company does not only surpass the Brazilian economy: the GDP of the United Kingdom in 2020, for example, was US$ 2.7 trillion (R$ 15.2 trillion). Even the capitalization of the Frankfurt Stock Exchange (Germany's largest) doesn't match the brand's value — in November 2021, it was at US$ 2.1 trillion (R$ 11.8 trillion).

The achievement is related to the constant flow of products that please the consumer. The consistent growth in sales and cash balance makes investors see the company as safe to invest: since the late 1990s, the brand's stock has returned 22 thousand percent—about 28 percent a year.

While Nvidia Corp., which makes graphics-processing chips, has returned 31% a year over the period, and streaming queen Netflix has risen 39% a year since its initial public offering (IPO) in 2002, Apple is bigger in size.

Although a Bloomberg News article said demand for the iPhone was waning, a recent Nikkei report points out that the company asked suppliers to increase production of the device from November to January. This gave new impetus to the actions.

For Tim Ghriskey, senior portfolio strategist at Ingalls & Snyder, Apple is at the sweet spot. “It's not very expensive, it has a good combination of products and services and it is a great innovator in the entire line of devices”, he highlights.

price can go up more

And bond prices could rise: for Katy Huberty, an analyst at Morgan Stanley, equities are undervalued relative to expected revenue contributions in coming years from new products. This includes technologies such as augmented and virtual realities, and autonomous vehicles. Tom Forte, an analyst at DA Davidson, says investors expect Apple to move into the auto industry in the next few years.

Apple didn't always have this glow. At the end of 2000, its market value was US$4.5 billion (R$25.3 billion) and investors were fleeing from the shares – at the time traded for almost the value of the money the company had in the bank. iPod and iPhone were turned off in the future, and cofounder Steve Jobs' return to the helm in 1997 had had no significant effect.

With Tim Cook , on the contrary, the brand's market value has grown by almost US$2.7 trillion in a decade. Even critics were surprised by the achievement, as many questioned Cook's competence when he succeeded Steve Jobs.

Ben Wood, chief analyst at CCS Insight, says Cook was chosen because it was a safe option, albeit a conservative one. “His results are impressive,” he says. "He made the iPhone the most profitable consumer electronics in history."